Onset of football season may have spurred meat market

MANHATTAN, Kan. -- Could it be that America’s meat industry just got a boost from college football?

It’s possible, said Kansas State University livestock economist Glynn Tonsor, who reported this week that consumer's demand for proteins – beef, chicken and pork – is holding steady in large part due to a surge in the food service industry.

“The demand for dinner meals away from home was up from July to August,” Tonsor said, noting that demand for grocery store retail meat was down in August.

Prior to August, food service purchases (largely recognized as purchases away from home) represented a weakness in the U.S. meat market, but August’s figures indicate an increase in demand for lunch and dinner.

“Foot traffic is up in restaurants,” said Tonsor, who reports weekly on the meat and cattle markets on the K-State Research and Extension podcast, Agriculture Today.

The trend was particularly strong in southern states, Tonsor said, including Florida and Texas. He said the increase in demand for proteins eaten away from home “hopefully has offset what was a little bit of a pull-back in retail demand.”

During the Friday morning Patriot Day celebration at Cottonwood Intermediate, many may have noticed about a dozen-and-a-half sharp-dressed men on the risers. Was the military in town? No, that was the Liberal Fire Department – debuting its brand new, Class A uniforms.

Chief Kelly Kirk said the need for the formal dress was discovered following the funeral of a fellow firefighter in June of 2006. Walmart, he said, got the ball rolling.

“It started back in 2006, following the funeral for firefighter Zach Clifton,” Kirk said. “Some members of the community, specifically Walmart and their grant foundation, saw the need. My aunt, Carolyn Capp, was employed out there at the time. She went back and visited with folks, and Walmart stepped forward with a $2,000 donation. It was seed money earmarked for Class A uniforms for the fire department.”

When the community learned of the LFD’s goal, word began to spread. Individuals stepped up with small donations that began to add up, Kirk said.

“The word started to spread a little bit and we received several smaller $25, $50 and $100 donations,” he said. “Then a few years later, Walmart came back with another $1,000 because they renew their grant foundation money every year. So, initially, we just had a little over $3,000.”

The 10-year anniversary of the Sept. 11 terrorist attacks, for Kirk and company, seemed like the perfect time to see the project through to completion. Through the diligence of Deputy Fire Chief Skeety Poulton, the crew saw the project reach fruition.

MANHATTAN, Kan. – Agriculture is considered one of the most dangerous occupations in the nation, but safety measures can lower producers’ risk of having a serious accident, said a Kansas State University official on farm safety.

Tawnie Larson, the state’s coordinator of the Rollover Protection Structure (ROPS) program at K-State, said several webinars are on tap during the upcoming National Farm Safety and Health Week to serve as reminders on roadway safety; ATV and UTV safety; mental health and suicide prevention; grain bin and confined spaces safety; and more.

The online webinars are available for free from the AgriSafe Network. National Farm Safety and Health Week kicks off on Sept. 19.

“Kansas ag producers and their business partners are not only an important part of our economy in Kansas, but an integral part of our rural communities,” Larson said. “Losing a producer to an accident can affect much more than the operation of the farm; it can take a vital person from a community.”

Larson said agriculture safety focuses on the total health of agricultural workers, including healthy habits like sleep, diet, mental health and safety for the entire family around the farm. She notes it includes safety around equipment (including tractors and ATVs) and on roads; as well as hearing, vision and skin protection and working in the elements – both when it is hot and cold outside.

Spiders are good for the garden?

MANHATTAN, Kan. — Many people view spiders as pests, and the fear of spiders is one of the most common phobias among Americans. To their credit, however, they provide a great service to the home garden.

The yellow garden spider has a black abdomen with yellow markings and black legs with a yellow or red band, Upham said. The banded garden spider has continuous bands across the abdomen and legs, alternating white and dark with orange and black bands on the legs. Both spiders spin large webs in the usual spider web shape.

To capture insects, garden spiders utilize vibrations that pass through the web from prey. They have poor eyesight, making them extremely sensitive to the vibrations.

Upham recommends leaving garden spiders alone because of their benefits to the garden, and they are harmless to humans.

Increased prices in oil have caused an increased price of gas at the pump, according to local gas distributors.

"Diesel and gasoline prices have doubled within a year, and that increase is passed on to the consumer," said Don Rash of Rash Oil.

That could be good news for local oil producers who struggled through a winter of prices that were too low to even pump the oil out of the ground, according to oil consultant Janice Heckman.

"This should be good for Liberal," Heckman said. "A lot of businesses cut back in the winter."

As to why oil prices dropped so low, Heckman attributed the depressed prices to OPEC.

"It never should have been that low," Heckman said. "OPEC removed production caps to see who can sell the most, which caused overproduction. OPEC flooded the market, which hurt domestic crude." 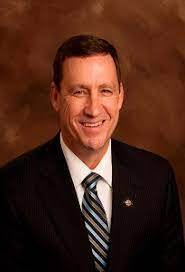 Special to the LEADER & TIMES

TOPEKA, Kan.— A hard-right Kansas state senator who has clashed with Republican leaders has gained a spot on the November general election ballot as an independent candidate for govenor.

The Kansas Secretary of State’s office announced Thursday that Sen. Dennis Pyle, of Hiawatha, had turned in more than the 5,000 required petition signatures to gain a spot on the Nov. 8 ballot.

Pyle this year opposed plans from the state Senate’s top Republicans for redrawing congressional and legislative boundaries — and was stripped of most of his committee assignments as a result. He left the Republican Party in June.

The Kansas Republican Party tried earlier this month to thwart Pyle’s efforts to get on the ballot by texting people who signed his petitions to urge them to remove their names.

The texts told the signers that their names were on petitions to help Kelly win reelection. Pyle called the text message “a blatant lie. 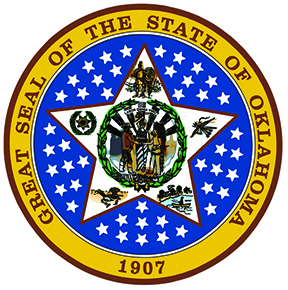 OKLAHOMA CITY — Oklahoma Gov. Kevin Stitt’s chief of staff has announced his resignation, according to the governor.

Stitt said Payne committed to serving as chief of staff for two years when he was named to the post two years ago.

Stitt, a Republican, said the search for a new chief of staff began in April and that Deputy Chief of Staff Zachary Lee will serve as interim chief of staff.