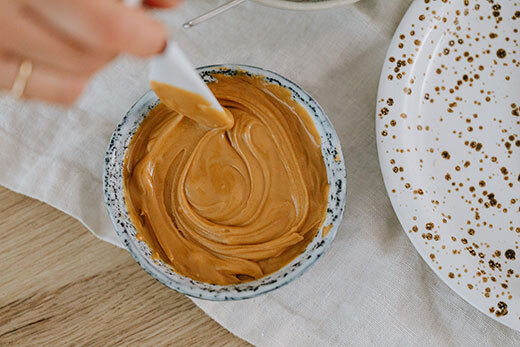 MANHATTAN, Kan. — Peanut butter is a favorite in desserts such as no-bake cookies and icing, but the peanut butter in consumer’s homes may be unsafe.

The recall, announced in late May, affected Jif brand peanut butter. She said that because peanut butter can be stored for long periods of time, an affected jar could still be in the home’s pantry or other shelf.

The recall affects peanut butter containing the first few serial numbers between 1274 to 2140 followed by the numbers 425. The serial number is found under the “best if used by” date on the packaging.

The U.S. Food and Drug Administration has provided an online resource to help identify recalled products. Affected products should be thrown out, Blakeslee said.

“Bacterial contamination is not visible to the eye unless the bacteria has grown so much that physical changes occur in food, such as color changes or off odors,” Blakeslee said. “Therefore, the specific code numbers on the package will help consumers determine if they have it in their home.”

The peanut butter in question was contaminated with the bacteria Salmonella senftenberg.

“Symptoms could include diarrhea, fever higher than 102 degrees Fahrenheit, dehydration, dry mouth, dizziness and stomach cramps. Symptoms can start within six hours to six days of ingesting the bacteria.”

For more information on the specific bacteria and symptoms, Blakeslee recommends reading online resources from the CDC.

Even if the affected peanut butter has already been consumed at home and no symptoms of illness have occurred, Blakeslee said it should still be thrown out immediately.

A refund could be issued for affected peanut butter. “Take it back to the store where you purchased it and ask for a refund,” Blakeslee said. “If you happen to have the receipt, that is helpful.”