The effects of Winter Storm Uri will continue to be seen on the bills of Black Hills Energy customers as a result of recent action by the Kansas Corporation Commission (KCC).

Thursday, it was announced the KCC had approved a settlement agreement outlining how Black Hills Energy will recover $87.9 million in deferred natural gas costs related to the February 2021 winter weather event.

“The utility, like others regulated by the KCC, was ordered to do everything possible to continue providing natural gas service to its customers, defer the charges, and then develop a plan to allow customers to pay the unusually high costs over time to minimize the financial impact,” a release from the KCC noted. “Under the settlement approved, customer costs will be spread out over a five-year period beginning next month through Jan. 31, 2027. On average, residential customers will see an increase on their monthly bills of $11.47 during this period. The charge will appear as a separate line item on the bill titled ‘Storm Uri Gas Charge.’ This order acknowledges that while no customer welcomes bill increases, the five-year repayment period provides some relief to ratepayers. If customers had been required to pay the winter costs over a one-year period, it would have resulted in average residential increases of $53.51 per month.”

The company will true-up actual cost recoveries to expected recoveries for periods ending Jan. 31 of each year the rate is in effect. Any difference noted will be included as a charge or credit for the next 12 months, the KCC release noted, and additionally, any recovery of costs through federal or state investigations into price gouging, market manipulation or civil suit resulting from the weather event will be passed on to customers. 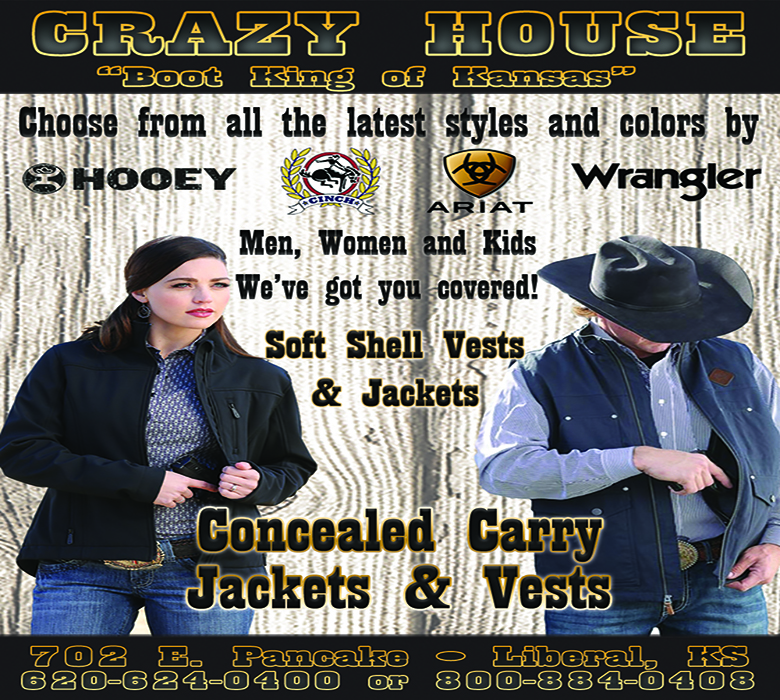 “This is the third winter weather payment plan approved by the Commission. KCC staff is currently evaluating plans submitted by Southern Pioneer, Evergy. Atmos, and Kansas Gas Service. Empire has not yet filed a plan,” the KCC release noted.

The order itself goes into more detail about the proposal.

“Because Black Hills' extraordinary gas costs of $87,897,745 related to the Winter Event were prudently incurred, Black Hills should be allowed recovery of those costs,” the order noted. “Black Hills shall extend recovery of extraordinary gas costs over five years, beginning Feb. 1, and ending on Jan. 21 , 2027. The carrying charge for the extraordinary gas costs shall be 1.30 percent from when the costs were incurred through Dec. 31 , 2021; and 5.71 percent from period of Jan. 1, 2022, through the end of the five-year recovery period. The extraordinary gas costs and carrying charges shall be charged on a volumetric basis and allocated among sales customers based on February 2021 usage, excluding Irrigation sales customers and former City of Ford customers. The volumetric charges will appear as a separate line item on customers' bills. The Company will true-up actual cost recoveries to expected cost recoveries for periods ending Jan. 31 of each year the rate is in effect. The difference as a result of the true-up will be included as a charge or credit for the next 12 months. The final true-up will occur after five years, with any over or under-collected amounts to be included in the Company's Purchased Gas Adjustment (PGA) to collect or refund any remaining differences to customers.”

The order shares some more guidelines about the proposal.

“Should Black Hills receive or recover any payments resulting from subsequent federal or state governmental relief in the form of profit disgorgement, civil suit relief, market manipulation findings, etc., resulting from Winter Storm Uri, it shall pass those payments on to customers through its PGA/ACA, even if payments are received or recovered after the five-year recovery plan has ended,” the order noted. “Any Black Hills' sales customer who intends on moving to transportation service during the five-year period the surcharge is effective shall be required to pay Black Hills a conversion fee prior to becoming a transportation customer. The conversion fees will be used to reduce the balance of extraordinary gas costs owed by the sales' customers. During the first year in which the surcharge is being recovered, from Feb. 13, 2021, through Jan. 31 , 2022, any new Black Hills' sales customer that can provide definitive proof showing it has already paid its full natural gas costs related to Winter Storm Uri to another Kansas gas utility, shall be entitled to a waiver of the surcharge. Any current Black Hills' transportation customer who becomes a sales customer during the five-year surcharge period shall be entitled to a waiver of the surcharge, provided the transportation customer can provide sufficient evidence that it was not a sales customer during Winter Storm Uri and that it had fully paid its gas costs relating to Winter Storm Uri.”

The agreement will result in just and reasonable rates, the order noted.

“The plan presented by Black Hills (as modified by the Agreement) recognizes that there are real costs associated with allowing customers to pay off these balances over five years (delaying full recovery of these extraordinary gas costs for a period of six years). The plan allows for the recovery of these carrying costs, reflecting the different mix of capital expected to be utilized to finance these costs over this period. Black Hills' initial Financial Plan included carrying charges at Black Hills' Weighted Average Cost of Capital of 7.98 percent; the plan was modified as a result of the Agreement to contain carrying costs of 1.30 percent for calendar year 2021, and 5.71 percent for the period of 2022 through 2027. This reduction in carrying costs resulted in a $7 million (33.8 percent) reduction of carrying charges in Black Hills' proposal from $20.7 million originally to $13.7 million. While no customer welcomes bill increases, the Agreement allows customers to pay their portion of the Winter Event costs over a six-year period at a lower interest rate than Black Hills' current WACC. Had customers been asked to pay the Winter Weather Event costs over a one-year period, it would have resulted in average residential bill increases of $53.51/month, or a 96 percent increase.  The agreement recognizes that Black Hills should be allowed to recover reasonable and prudent costs of providing gas service, even when such costs may be extraordinary. However, the Agreement also protects customers by spreading out the time for payment and reducing carrying costs. Therefore, the Commission finds the Agreement will result in just and reasonable rates. The Commission notes that each party has a duty to protect the interests it represents. Black Hills has a duty to both their customers and shareholders. CURB represents the interests of residential and small commercial customers. NGTCC represents the interests of its members. Staff represents the public interest generally, placing Staff in the unique position of being required to weigh and balance the interests of all classes of Black Hills' customers, and any other interests impacted by the commission's order that may not be party to the proceeding.”