IdeaTek gets grant to expand fiber in Seward County 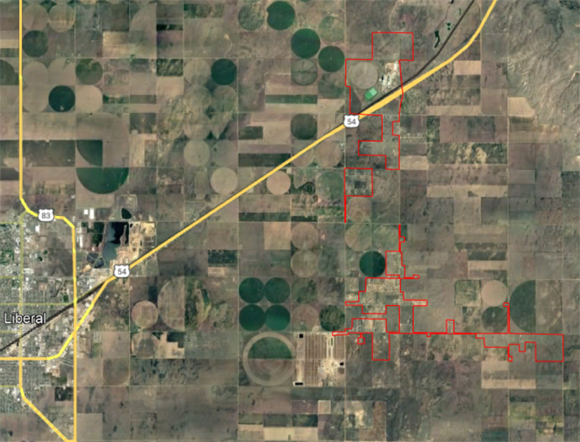 The need for quality broadband access continues to come up in conversation and recently, IdeaTek in Liberal received some grant funds to help with some upcoming work.

IdeaTek was one of 11 recipients of the Broadband Acceleration Grant program resulting in more than $10 million of investment in high-speed broadband access across 10 rural Kansas counties. IdeaTek received $259,752, and the list of recipients also includes Epic Touch, who received $889,063 for upcoming work. State of Kansas officials praised the work of the grant program. “We’re continuing to deliver on our bold and ambitious goal to make Kansas a top 10 state for broadband access by 2030,” Governor Laura Kelly said. “Affordable broadband is necessary for our communities to remain viable and competitive, and every Kansan deserves a reliable connection to the world. These grants accelerate our efforts to make that a reality. Launched in 2020, the Broadband Acceleration Grant is a 10-year, $85 million program that will bring critically needed broadband access to Kansas communities. The program is administered by the Kansas Office of Broadband Development and funded through the Kansas Department of Transportation’s Eisenhower Legacy Transportation Program (IKE).  This second year of the program brings the total broadband infrastructure investment in Kansas communities to more than $70 million since 2020.”

“Access to quality broadband is no longer a luxury, it’s a necessity,” Lieutenant Governor and Commerce Secretary David Toland said. “Broadband connectivity improves quality of life and opens the door to new business and community growth all across Kansas. We’re grateful to the community leaders who are championing broadband access at the local level and making long-term, strategic investments in their communities. The $5 million in grant funding for 2022 will be combined with an additional $5 million in matching funds, resulting in more than $10 million for critically needed broadband infrastructure in Kansas communities. Three of the awarded projects involve key partnerships with municipalities and include $875,000 in matching funds from the local community.”

Upon receiving word of the grant funding, according to IdeaTek Director of Industry & Community Relations Jade Piros De Carvalho said she and her staff were excited.

“We were really excited because we've been working really hard in that area for a long time. We had received some CARES Grant money earlier in the pandemic to build in Kismet and Plains and that part of the area, so we'd already been doing quite a bit of work in that region,” Piros De Carvalho said. “Having worked in that area, we started looking for other ways to serve those types of underserved areas, so when the opportunity presented itself to apply for this grant money, we knew we wanted to go for it. We have staff in that area of Kansas, and they're really excited to be part of the solution to help connect more people to the Internet. With the Broadband Acceleration Grant, this year is the second year they've had it available, and everything went live in January basically right after the holidays, and there was only like a two-week window when applications could be sent in, so anyone interested in applying definitely had to know what they wanted to do and have all their ducks in a row. There was also a period of time when they did interviews with the companies they were considering, and we were selected to do that in March for the work we want to do, and we included some of our community partners in that. Then there was a period of time when we were waiting to see whether or not we'd get any of the grant money, and then we officially found out last week.”

Piros De Carvalho said there is a lot of work that will be able to get done thanks to the grant money.

“One thing we did after we got word about the grant money is we sent out a letter to all the principals and superintendents in that area because we really want to work with schools to ensure people who can't afford broadband at home can take advantage of a new initiative we're part of through the White House called the Affordable Connectivity Program, which is basically about providing free Internet to anyone who qualifies,” Piros De Carvalho said. “We want to work with school administrators to educate their students and their families about this being available, so it's a great outreach opportunity. We've also been working with the Liberal Chamber of Commerce and the Seward County Development Corporation on partnerships and finding ways to ensure businesses and people who need it the most can get connected. The opportunity to hire Kansas contractors and other workers in that area to lay the fiber and get it in the ground and into homes, that's a real economic driver. When we were doing our CARES Act project, we discovered these people were staying in those local hotels and eating in local restaurants and putting money into that local economy, so there are a lot of ways projects like this one can stimulate local economies. A lot of the work will be taking place in the eastern part of the county, and it will cover about 221 homes and a handful of businesses.”

“Our mission is all about Internet freedom and serving the underserved, so ultimately, our goal is to see every Kansan have an Internet connection, and we want to be part of that,” Piros De Carvalho said. “We're excited this project allows us to do that in an area that's particularly underserved. And with that part of the state having a large Hispanic population, we're excited about that too because historically, communities of color have been underserved and neglected in regards to having that broadband/infrastructure access, and this will help those families get on par with other parts of the country. We've seen a lot of Kansas counties have lost population throughout the past decade, so when we bring this type of technology and infrastructure improvement to a community that didn't have that option before, it's a way to give that community a leg up and help them with future growth. And it's not just a chance for the citizens who live in that community, it's also a great way to attract businesses because if they're looking for somewhere to locate, and if they know there's reliable broadband/infrastructure available in a community that will help with that, that community will be bumped up on that final list of potential candidates.”

Piros De Carvalho added she is excited to see the work get completed.

“It's important to mention the Affordable Connectivity Program, it was launched during the pandemic and offers qualifying households an up to $30 subsidy for internet services,” Piros De Carvalho said. “At IdeaTek, however, we decided to take it a step further by offering fiber and wireless internet services for free. The program was announced by President Biden earlier this month, and IdeaTek is one of 20 Internet providers in this partnership. To qualify for ACP, one member of the household must meet one of the following criteria: Have an income that is at or below 200% of the Federal Poverty Guidelines; Participates in certain assistance programs, such as SNAP, Medicaid, Federal Public Housing Assistance, SSI, WIC or Lifeline; Is approved to receive benefits from the free and reduced-price school lunch program in the 2019-2020, 2020-21 or 2021-2022 school year; and Received a Federal Pell Grant during the current award year. Residents must first apply and be approved for ACP at ACPBenefit.org and then once verified, qualifying households in the IdeaTek service area can sign up for eligible service tiers at no cost. Customers can also choose to apply the ACP benefit to any higher tier internet package and pay no more than $30 a month.”