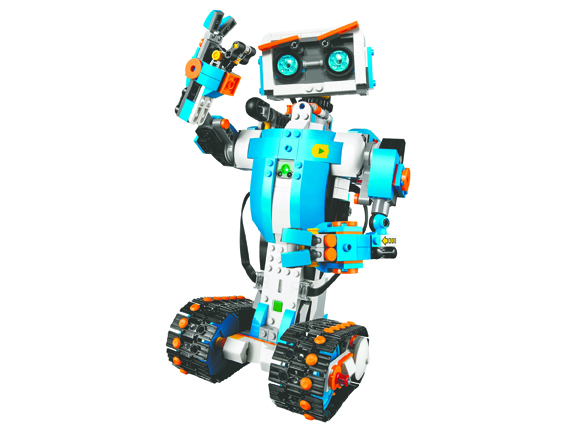 Summertime is here, and with the school year being over, children everywhere are looking for something to do.

Locally, Liberal Recreation has some fun activities for kids and older youth, and one of those starts soon.

Young people from kindergarten through middle school can participate in the upcoming LEGO Robotics Camps the Rec Department is offering.

The first camp runs from 9 a.m. to noon June 6 through 10 and is an introduction to robotics. Liberal Recreation Robotics Coach Amanda Eidson said this is a beginner camp for students who have never worked with LEGO robotics.

“We offering robotics camps this summer at every age level from preschool, when we’re introducing them to robotics with Duplo LEGO, all the way through the students entering eighth grade year for school year 2022-23,” she said. “We have the Spike Essentials, which is a brand new bot. None of the kids in this community have experience with this yet. For the older kids, we are doing the Spike Prime, which is the newer robot for their age group, and we are also still offering a Sumo Camp this summer. The kids really seemed to like that last year.”

An intermediate robotics camp will run from 9 a.m. to noon June 13 through 17 and June 21 through 24. This camp is for students going into fifth through eighth grades who have previously attended a past EV3 robotics camp from the Rec Center.

An advanced robotics camp will be from 9 a.m. to noon July 11 through 15 and July 18 through 22. This class is for kids who have been in robotics at least twice.

The last camp will be the Sumo Camp, 9 a.m. to noon July 25 through 29 for fifth through eighth graders.

Eidson said she does not find the camps more beneficial to any of the particular age groups, but rather beneficial for all age groups.

“We need to encourage our younger people to enjoy STEM as they do sports,” she said. “I think that’s where LEGO education did a great thing by doing the bots and the kits. I think if they’re preschool level introducing them with the Duplos, you’re not only introducing them to STEM, but you’re  helping to extend the creativity with play with LEGOs.”

With older children, Eidson said the camps are beneficial because knowledge is expanded with the use of technology such as iPads and phones, and the camp takes it a step further by teaching kids to code small machines they build to do simple tasks.

“It’s amazing to introduce them to the fact they have the ability to program a machine to do something, even at such a young age,” she said.

With many area schools now implementing robotics programs, Eidson said summer camps such as Liberal Recreation’s can be a benefit there as well.

“In doing the robotics camp, I believe it not only helps them with a robotics program if they have the privilege of having that offered at their school, but it also helps to encourage team work,” she said. “It helps to encourage problem solving, as well as integrating the two to understand there’s no wrong question. The only wrong question is one that’s left unasked.”

Eidson herself will be out of town through most of the camps’ runs, and two area robotics coaches have been put in place for the camp. She said the youth who attend the camp will be from around the area as well.

“Our robotics camps are not just open to Seward County or Liberal kids,” she said. “I’ve actually extended it, and it is on our Facebook pages as well. I offer a discount to the students who actually registered with a team the prior season. They receive a discount on their registration fee.”

The introduction, intermediate and advanced camps as well as the second and third grade class are $50 each. The kindergarten class is $40. Eidson said spaces are limited, and signups can be done online or at the Rec Department at 950 S. Grant.

Eidson said she likewise hopes to be able to offer robotics into the upcoming school year as well.

“I understand parents, families take vacations,” she said. “Our timeframe might not fit with your schedule, so always make sure you follow the Rec Department page on Facebook, the Liberal Robotics & LEGO page. We have our Web site, liberalrec.org. I try to keep that updated. The robotics camps that will be offered through the school year are not advertised in the books people have.”