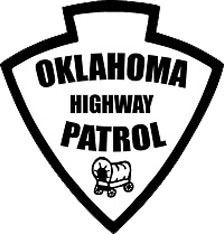 One Perryton, Texas, male is in stable condition in an Amarillo, Texas, hospital, while another male, also from Perryton, was treated and released.

This came after an accident Tuesday morning in Texas County, Okla., involving a pickup and a semi.

OHP said a 1987 Peterbilt was traveling southbound at Mile 57, when the pickup failed to yield to the stop sign and entered the intersection of Road FF and Mile 57 and struck the semi on the driver’s side.

The report added brakes were applied, and an evasive maneuver was taken, though it was unclear in which vehicle. The pickup rotated around three to four times on its tires after impact landing in a ditch when it came to rest. The driver of the pickup, 52-year-old Guillermo Guerrero of Perryton, was transported by Apollo to Northwest Texas Health System in Amarillo, where he was admitted in stable condition with head, trunk internal, trunk external, leg and arm injuries.

The driver of the semi, Alex Lynn Gibson, 47, of Perryton, was transported to Ochiltree General Hospital in Perryton, where was treated and released with a head injury.

Seat belts were in use in the semi, but not in the pickup, according to OHP.