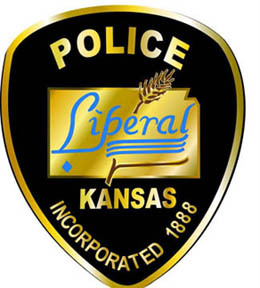 A release from the Liberal Police Department said shortly after midnight Thursday, Officer Prater stopped a vehicle in the 200 block of West Pancake Boulevard.

“During the traffic stop, Officer Prater developed probable cause of additional criminal activity relating to illegal narcotics,” the release said. “A search of the vehicle revealed an undetermined amount of illegal narcotics.”

A 20-year-old male and an 18-year-old female, the release said, were arrested and charged with possession of illegal narcotics of 450 grams to 30 kilograms with the intent to distribute, distribution of drug paraphernalia and no drug tax stamp.

“The 20-year-old male was also charged with driving without a driver’s license, driving on a suspended vehicle registration and no insurance,” the release said.