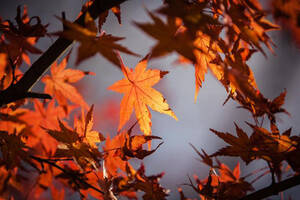 In 2022, the autumnal equinox arrives Thursday. This date marks the start of fall in the Northern Hemisphere and spring in the Southern Hemisphere. Read about the signs of fall and the ways we mark the approaching equinox.

When Is the Autumnal Equinox?

The fall equinox arrives Thursday at 8:04 p.m. CDT in the Northern Hemisphere. The equinox occurs at the same moment worldwide.

What Is the Autumnal Equinox?

What Is an Equinox?

During an equinox, the Sun crosses what we call the “celestial equator” — an imaginary extension of Earth’s equator line into space. The equinox occurs precisely when the Sun’s center passes through this line.

After the autumnal equinox, days become shorter than nights as the Sun continues to rise later and nightfall arrives earlier. This ends with the winter solstice, after which days start to grow longer once again.

The word “equinox” comes from Latin aequus, meaning “equal,” and nox, ”night.” On the equinox, day and night are roughly equal in length.

Note that fall foliage isn’t due to current weather conditions. This is a common misconception. Leaves change color because of the amount of daylight and photosynthesis.

Q: Are Day and Night Perfectly Equal on the Equinox?

A:  Some say that during an equinox, day and night is equal. Well, not exactly. It depends on where you live.

On the equinox, the center of the Sun is indeed above the horizon for 12 hours. However, “sunrise” is said to begin when the upper edge of the Sun’s disk becomes visible above the horizon (which happens a bit before the center rises) and ends when the entire Sun has set. In this case, daylight is still a bit longer than nighttime.

Not only that, but the Sun is actually visible when it is below the horizon, as Earth’s atmosphere refracts the Sun’s rays and bends them in an arc over the horizon. Yes, you can see the Sun before the edge actually reaches the horizon! This causes daylight to be longer than 12 hours as well.

However, they are very close to equal (the total lengths may differ by only a few minutes).

Did you know our rise/set tool now provides day length? In Dublin, N.H., the day length on the equinox is 12:08 hours.

Q: Is the Autumnal Equinox Really the First Day of Fall?

A: Based on the astronomical definition of seasons, yes, the autumnal equinox does mark the first day of fall. Astronomical seasons are based on the Sun’s position in the sky.

According to the meteorological definition of seasons, which is based on temperature cycles and the Gregorian calendar, the first day of fall is usually considered to be Sept. 1 in the Northern Hemisphere (March 1 in the Southern Hemisphere).

Q: Can You Balance An Egg On the Equinox?

A: There’s an old-wives’ tale that you can stand an egg on its end of the equinox. Well, yes, it’s true (and fun to try). But it’s possible not only on the equinox.