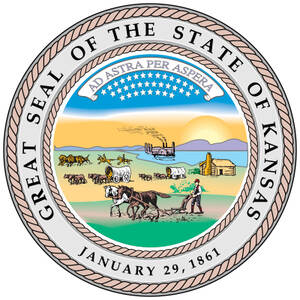 Work has been going on for a long time to help make changes to the state’s child welfare system, and that work has been netting some positive results thanks to some recent work by the State of Kansas.

Kansas foster children have stable placements and are experiencing fewer moves while in care, according to the first report from the Neutral Third Party in the McIntyre class action lawsuit settlement, according to a release from the State of Kansas.

“My administration inherited a broken child welfare system that had an unacceptable number of children in care, a lack of placement stability, and limited prevention services,” Gov. Laura Kelly noted in the State of Kansas release. “Under my Administration, we now have 1,300 fewer children in the system, and the Neutral Report shows we have made substantial progress in making sure kids are in stable placements and experience fewer moves. There’s more work to be done, but this report shows we are headed in the right direction.”

“The parties agreed to a settlement in 2020. The settlement was structured to ensure Kansas would achieve substantial progress and compliance in key performance areas over a multi-year period. Performance areas include accountability, reporting and implementation, practice improvements and outcomes,” the State of Kansas release noted. “The settlement recognizes that the outcomes and practice improvements will not all be accomplished in one year. Outcome goals were set for a three-to-four-year period.

Judith Meltzer, President of the Center for the Study of Social Policy, serves as the Neutral Third Party responsible for assessing the State’s first year progress.   This first report covers calendar year 2021.

“Reforming a child welfare system is a complex and multi-year endeavor,” Meltzer noted in the State of Kansas release. “During this first year, Kansas has made considerable progress in addressing some fundamental problems and has started down a path that we anticipate will lead to further improvements in the years ahead and to sustainable and meaningful improvements for Kansas children and families. Kansas made significant progress in placement stability. The Neutral validated that Kansas achieved its first-year benchmarks for placement stability and placement moves. Children in care experienced a rate of 5.84 moves per 1,000 days – more than meeting the benchmark of seven moves per 1,000 days. The report also shows that 86 percent of Kansas kids were in stable placements during CY 21, surpassing the benchmark of 80 percent.”

“The report affirms our commitment to Kansas children by continuing efforts to build an effective child welfare system,” DCF Secretary Laura Howard noted in the State of Kansas release. “Using tools like kinship placements, partnerships with community agencies to provide trauma-informed support to foster parents and prioritizing families over facilities, these have all had a positive impact on this issue. The state does have more work to do in both temporary overnight placements and night-to-night or short-term placements. Children who experience a failure to place often have complex developmental, medical, behavioral or safety needs. DCF is working to build capacity through several new initiatives. The agency has created the Failure to Place Prevention Network with the goal of creating stand-by service beds and other ways for family foster home to serve one child at a time. DCF also is addressing gaps with the addition of Therapeutic Foster Homes that launched in 2022.”

The report also shows Kansas achieved several accountability benchmarks mandated by the agreement. Those include:

• Collecting and reporting data on Class Members placed in a jail, correctional or detention facility

State agencies also are making significant progress in mental health practice improvements and outcomes despite not reaching the CY 21 benchmarks.

• DCF approved a contract with Beacon Health Options to create the Mobile Family Crisis Helpline which launched in October 2021.

“Back when I was a member of the state senate, we'd actually created a special committee on child welfare, and what we did was take a deep dive into our foster care system. We knew there were a lot of problems and issues within the system, and we wanted to not only uncover what those problems were, but also find solutions to them,” Gov. Kelly noted in a November 2021 L&T story. “In the course of all of that, we learned there were some states that had a division specifically devoted to advocacy for children, so the conversation originally started with that child welfare task force, and I believe that was 2017 or 2018. Then, when the Legislature reconvened in 2019, 2020, 2021, I think conversations about a division of the child advocate was discussed and debated, and there were bills introduced, and there was bipartisan support for the concept, but there wasn't full agreement on some of the logistics and what it would look like and who would be responsible for it, things like that. They adjourned the 2021 session with good ideas but no product. I knew there was a way through executive action that I could make this office happen, and make it happen how it needed to look in order to be successful. It needs to be independent and free from any political/administrative pressure, and it needs to be able to operate as a true advocate for children.”