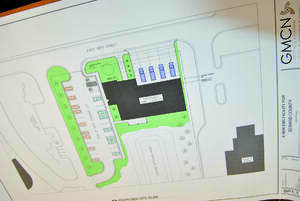 This drawing shows the layout and location of a possible new home for the Seward County EMS department. County staff discussed funding and planning for the new facility with commissioners at Monday’s special meeting. L&T photo/Robert PierceROBERT PIERCE • Leader & Times

In addition to its regular meeting Monday, the Seward County Commission hosted a special meeting just prior to that meeting to review requests and approve expenditures from the $4.16 million the county received from the American Rescue Plan Act.

In particular, commissioners heard from county staff regarding engineer plans and cost estimates for a possible new building for the EMS department.

Administrator April Warden was the first to speak, and she reviewed the numbers of what the county had spent and approved for allocation from the ARPA funds.

Warden said county officials recently got engineered drawings for the new EMS building, and she was bringing them back to the commission Monday.

“We were pretty certain when we only put aside $1.5 million, that would not cover the construction costs of a new EMS building, but we did wait until we got the engineered drawings to know exactly how much that was going to be,” she said. 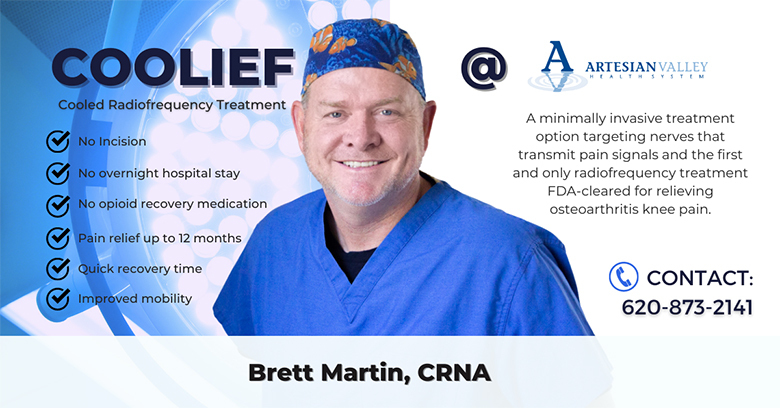 Along with Warden, Building Inspector Kent Hamlin and EMS Director John Ralston worked with an architect to get plans drawn for the new building

“We did look, and we will go into detail with you of when it came in at the cost and how we could possibly lower some of the cost of that to really make a difference and lower it to what you guys have budgeted for that,” Warden said. “It really doesn’t put us any further along than where we’re at now. We would be cutting back significantly. There would be no bay growth for additional ambulances as needed.”

Additionally, Warden said cutting back on the facility’s bedrooms would not leave enough rooms for EMS’ 24-hour staff.

“It would cut our training room in half,” she said. “We felt it wasn’t a plan you would want to move forward with, as there would be no future growth there. It’s really not advantageous for us to do that.”

Warden said leaders with both USD No. 480 and the City of Liberal notified county staff those entities had dirt projects they were working on, and workers would be willing to move dirt for the EMS project.

“They would haul it to the site for us, which could relieve some of the cost,” she said. “It’s not a significant amount, but it is around $40,000, I believe.”

Warden likewise said discussions have started with leaders from Southwest Medical Center, on whose land the current EMS building sits, to make sure the site planned for the new building would be available and if hospital officials would be willing to work with the county.

“They’re waiting on your discussion this evening,” she said. “They’ll go back to their board in October. They are very interested in the former EMS building for some needs they have in exchange for the land where we are wanting to build straight across from where we are now. We did have an architect and everybody look at that piece of property to make sure there were no drainage issues except from where the hospital is to make sure that site was going to work. We have verified all of that.”

Warden said she was simply looking for direction from the commission to proceed with the project.

Ralston too said county staff wanted to make sure the site plan was going to work, particularly for the chosen site.

“We didn’t have multiple choices on locations,” she said. “The parking area is right now gravel. Our requirements by our build require us to have 10 parking spaces for the new structure. We went ahead and designed it because the hospital utilizes the parking the county Road and Bridge put in there. It’s a mixed gravel asphalt lot, and it also has another entrance for people to pull through to get in there and get out. As far as the design, that was the first step we had. We wanted to make sure the site would work before we moved forward.”

Ralston said the EMS department has been in its current location for more than 30 years, and he said with unknown factors, the need for equipment and depth in the facility for the next 30 years likewise can not be predicted.

“I know the trucks are bigger now,” he said. “That’s one of the reasons we need to replace the building. This will cover two trucks per bay. It’s got front access only, so you have to back them in. We wanted to make it deep enough to have a total of eight trucks here.”

Ralston said when the budget came back for the new building, he looked at cutting it back to the depth for a single truck, but concern also rose for a training area.

“We do a lot of community training – first aid, CPR, ACLS classes, house classes and house training,” he said. “The education room we have there would incorporate 24 people.”

Cost estimates for parking at the new facility would be as much as $164,000, but Ralston said money could be saved there as well.

“We’re only required to have 10, but that puts us back into the problem of what are we going to do with the hospital parking,” he said. “We occupy this end, and they occupy all the rest now. That would be a concern we have to address. The overall cost budget he presented was $2.5 million, and that included the contingency of 5 percent, which was $106,000, and the contractor overage of $134,000. That was $240,000 he includes in the estimate for that cost.”

Engineering cost for the project totaled $116,450, and Ralston said the actual subtotal of all project costs was about $2.129 million. The difference comes with the contingency costs, estimated overage and engineering costs.

“The dirt work is included in that price,” he said. “He mentioned $46,000 of dirt, and the work was a separate price. He figured those separately because we told him at the time we were doing this, there was a chance we could get some of the dirt so we didn’t have to pay for it. We might be able to save that $46,000 with the dirt the city and the schools could provide to us.”

Hamlin said City of Liberal zoning regulations require minimum required parking on a dust-free surface of either concrete or asphalt.

“Gravel is accepted in industrial areas,” he said. “We’re falling under the city’s zoning regulations, and it’s either got to be hard surface, asphalt or concrete.”

The new EMS facility, according to the plans, would be from where the current EMS parking lot sits to a tree line located behind nearby Equity Bank.

Warden reminded commissioners the hospital is a county-owned facility, and in the minds of many SWMC leaders, county officials are working with some of their own.

“We can definitely go back them and talk about lot costs and building costs, but I think they think in their minds, we’re working with the same entity,” she said.

Hamlin said the current EMS building is about 3,500 square feet in size, and he estimated the new building would be just less than 9,000 square feet.

Warden advised commissioners a decision on the project is not urgent at this time.

“The final ARPA rules state you have until Dec. 31, 2024, to designate how you’re going to spend the funds, and you have until 2026 to complete your projects and expend all of the funds,” she said.

Warden too said some of the ARPA funds could be saved on a floor replacement in the Ag Building.

“The floor replacement will come in less than what you allocated because we chose to go with concrete instead of replacing the wood floor,” he said. “You’re looking at a concrete floor in the Ag Building for roughly $40,000 versus the $100,000.”

As with Coronavirus Relief Funds the county received under the federal Coronavirus Aid, Relief and Economic Security (CARES) Act, the county hired the consulting firm, iParametrics, and Warden said fees for that firm likely will not change.

Money that has been spent includes $200,000 in retention bonuses for some county employees, but it does not include $10,000 and $75,000 designated as matching funds for the Kansas Capital Fund Grant for local broadband providers EPIC Touch and IdeaTek respectively.

“That is dependent upon them receiving their grants,” Warden said. “Once they receive that grant, they have two years to complete that work. In your motions, we agreed you weren’t going to distribute that money to them until that work was completed.”

Warden said she is being cautious until she gets direction on how to proceed with the EMS project.

“I am really not comfortable asking you for any others till I get a feeling on where you guys are going with the EMS building,” she said.

Warden said the new deadline for spending ARPA funding comes from a new ruling at the federal level.

“The final ruling was you have to have it allocated by Dec. 31, 2024,” she said. “We will be required to send in a report to the Department of Treasury on that, and you have to until 2026 to complete your projects and have that money spent.”

Warden also advised commissioners to keep her informed about where they would like to go with other projects as well.

“If you don’t want me to move forward with some of the projects you’ve said you’ve allocated money to, I need to know to stop,” she said.