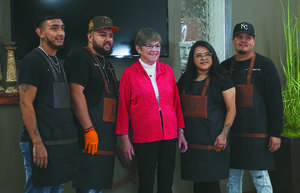 A pair of local businesses and the Chamber of Commerce received a visit from Gov. Laura Kelly Wednesday afternoon. As Gov. Kelly tells it, the visit was very enjoyable.

“The really fun part of it all was being able to visit the small businesses, both of which started only within the past year, and see the energy and enthusiasm and creativity and innovation that’s going on with our small-town Main Streets in Kansas, so it was really fun visiting with those people,” Gov. Kelly said. “I’m also very grateful to the Chamber of Commerce for allowing me to sort of interrupt their board meeting, because it’s really important for me to hear what’s going on in these communities and talk to the people. We’re really working to set up the road ahead for the state for a second term, so it was great to talk to people and hear what they had to say. I’m anxious to get back to Topeka and make some redesigns on some of my ideas, particularly with Western Kansas.”

Gov. Kelly began her visit with a trip to Diligence Barber Lounge followed by a visit to Downstairs. After those stops, a visit was paid to the Liberal Chamber of Commerce, where the board happened to be hosting a meeting. As a result from the visit, Gov. Kelly said there is a lot she will be taking back to Topeka. 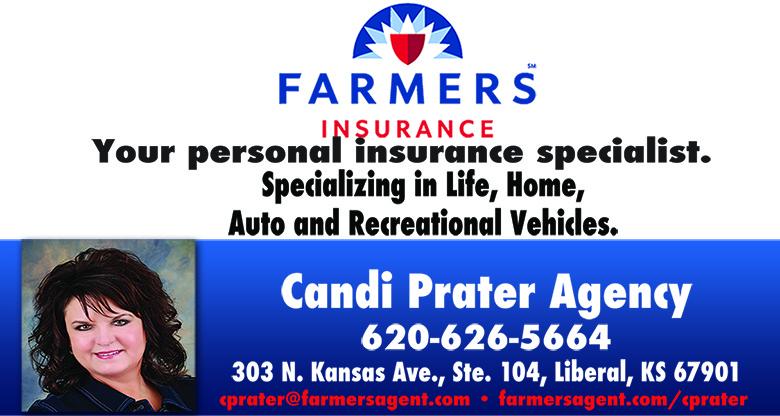 “We’ve got – and we’ve had this for a while now – workforce issues in several industries throughout the state, so we’ve been working very hard on that, and we’re going to continue working on that and continue to come at those issues with a new vantage point in order to find a solution,” Gov. Kelly said. “And I think that should include involving our Congressional delegation to put forth comprehensive immigration reform in place, particularly in Western Kansas. If we don’t find a way for people to come to Kansas and find work legally, that will be very difficult to overcome those gaps in the workforce. With housing, that’s definitely another issue we’ve been working hard on, particularly moderate-income housing. We’ve been bringing all these businesses in and we’ve created a lot of jobs, but we also have to have places for those people to live once they get to Kansas, so we’re working with communities in a wide variety of different ways to help incentivize the construction and renovation of housing units.”

Gov. Kelly said there are many other issues being worked on at the state level.

“Childcare is another major issue, that was made especially prevalent during the COVID-19 pandemic when a lot of childcare facilities had to shut down, and there was a particular focus made on healthcare workers – they had to take care of the sick, and they needed someone reliable to take care of their children while they were doing that,” Gov. Kelly said. “We want to keep building our workforce and bringing in more industries so people can see Kansas is a great place to live, be educated and safe. We’re continuing to push forward on a lot of issues – in fact, we recently announced we were able to fully fund the State Water Plan Fund for the first time in several years, and we want to continue work like that.”

Overall, Gov. Kelly said, she enjoys visiting Western Kansas and hopes to keep making trips to this part of the state.

“I’ve been to Liberal and other parts of Southwest Kansas many times, not just as governor but also while I was in the Legislature and was traveling with the Kansas Recreation and Park Association,” Gov. Kelly said. “I absolutely fell in love with the work people were doing in the communities in this area and I enjoyed seeing the spirit and work ethic and willingness to do what was needed for the community and the people in it. There was just so much positivity, which was so inspiring, and I never pass up a chance to visit Southwest Kansas. We want to continue making things better for the state, and I’ve absolutely enjoyed working with everyone I’ve met during this most recent stop.”