Pop Up 4 Trump coming to Liberal This year’s elections, at all levels, are being called the most crucial in America’s history, and the Kansas Republican Party is making efforts to let people in the Sunflower State to know just how crucial the elections are.

As part of those efforts, the 2020 Pop Up 4 Trump Kansas Roadshow will be in Liberal Saturday, Sept. 19, with a parade and other activities to highlight the importance of the GOP in the state.

Thus, Tawater said state GOP leaders decided to hit the roads to make sure the Trump Pence ticket is well represented in Kansas. 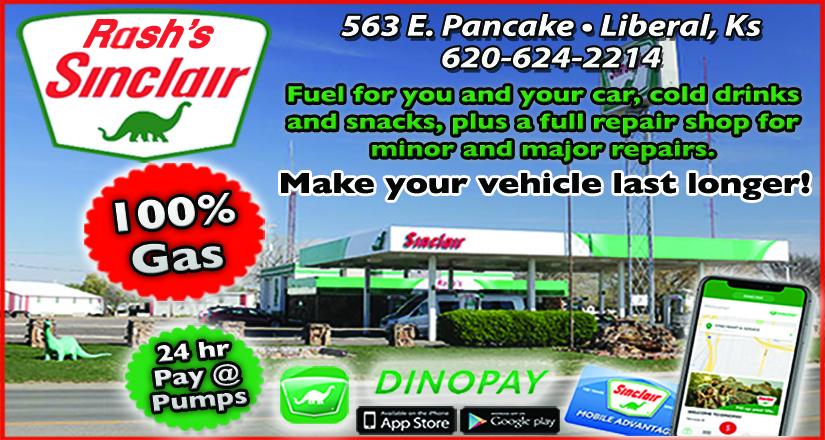 Tawater said a lot of the stops the roadshow has been making have been a variety of events thus far.

“We’ve had candidate meet and greets,” she said. “We’ve had ice cream socials. We’ve had a Trump parade. We have been able to latch on to a lot of existing events already within the county Republican parties. We just show up with our Trump trailer.”

“We’ve got yard signs we’re trying to get out,” she said. “We’ve get highway signs and some other ones. We’re trying to promote our stops so people can come up to the trailer.”

Tawater said those who come to the Pop Up 4 Trump stops can take pictures with the trailers, get signs and meet candidates.

“Sometimes, we’ve done lunch and dinner events, and we’re just going all over the state,” she said.

As the representative in the Republican Party’s First District, Tawater said much of her focus lies within the nation’s largest congressional district.

“I’ve got a pretty full schedule out here in the next few weeks, and one of those stops being Liberal,” she said.

As for Sept. 19, Tawater said Pop Up 4 Trump officials will meet with Seward County Republican Party leaders and other community members who want to participate. This will start at 5 p.m. at the Rock Island Depot to begin a parade from there up Kansas Avenue to Light Park.

“Basically, it’ll be kind of a flag parade,” Tawater said. “We’ll have bikes out. We’ll have our trailer out, cars. We’ll have flags out, church flags, American flags, anything like that.”

At Light Park, there will be a meet and greet, along with an ice cream social for those on hand.

“We’ll have Trump signs,” Tawater said. “It’ll just be a gathering there for people to have ice cream, meet one another. We’ll have an opportunity to talk about what we’re doing and why we’re doing it to the community there and give signs out. We’ll have probably some candidates’ signs with us.”

Also at Light Park will be materials for GOP candidates Dr. Roger Marshall and Tracey Mann, and Tawater is hoping one of those two will join the event.

“We’re still working on that part,” she said.

Tawater said the Pop Up 4 Trump Roadshow is being used primarily as a way to get out the vote.

“We want to encourage people to vote straight ticket Republican in the general election and just to connect with people in the community, just to make connections, friendships,” she said. “We want to be able to listen to people, what their concerns are, maybe talk about some of the issues that are important to them, just to have a presence just to let people know we’re around, we care and America is on the ballot. That’s kind of our message.”

Tawater said she believes it is very important for people to attend the Pop Up 4 Trump event in Liberal.

“It’s not often we’re able to gather up people from all over the state like we’re doing,” she said. “Some of the gals we’re traveling with are from Eastern Kansas, so we’re able to get together and go to the southwest corner in Liberal just to meet folks in the community and to make sure they’re represented and their voice is heard. It’s not often we’re able to get down there to get everybody from all over the state to come to Liberal. We care about Liberal, Kansas, and we want to visit.”

Tawater emphasized the “America is on the ballot” message of the event in expressing just how crucial this year’s election is to the country’s future.

“I think it’s about freedom versus communism right now,” she said. “That’s how serious it is, and I think we’re seeing it in every level of government really. The local, state and federal elections are absolutely important.”

Tawater said the federal races are of the most critical importance to Kansas.

“We want to maintain those Republicans,” she said. “Our First District, our Senate seat, we want to make sure we keep that Republican. It’s going to impact decisions made not only in our communities, but all over the state and nation.”

Tawater said while federal races are important, so too are state races.

“I think there’s definitely a contrast and a clear difference between Republicans and Democrats, and really, we are the party of freedom and liberty,” she said. “We just want to get that message out there.”

Tawater said she, her parents and grandparents, as well as others, are calling the 2020 election the most important one of their lifetimes.

“We’re either going to keep our country, or we’re going to lose it,” she said.

Tawater said despite the Pop Up 4 Trump event being a chance to rally GOP members, the intent is to keep everything a peaceful celebration.

“That’s what this is,” she said. “It’s kind of a celebration where we’re celebrating America, and when we do these events everywhere, that’s really what it is. People are coming out, and they’re smiling. They’re happy we’re there. We listen to what people have to say. They’re excited to get their Trump stuff, and that’s really what this is about. It’s really kind of a party. We want to do it peaceful. If people are opposed to what we’re doing, we want to make sure everybody’s safe as well.”

“We’re also highlighting history, important pieces of history within that community and some of the historical monuments and landmarks,” she said. “We like to try to give ourselves enough time to go visit.”

On social media, Tawater said Pop Up 4 Trump leaders try to talk about things in the communities they visit and encourage people to visit those towns and the landmarks within them.