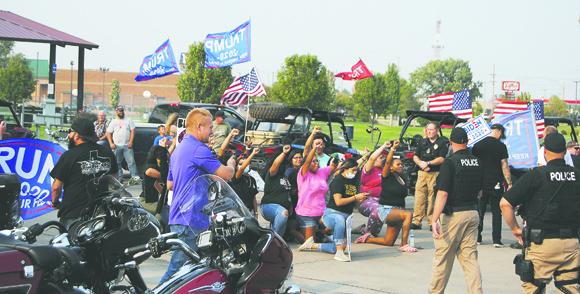 A small group protests at Saturday’s Pop Up 4 Trump event at Light Park. The protestors could be heard shouting “black lives matter” while the Trump supporters responded with “all lives matter” and the roaring of motorcycle engines. L&T photo/Robert PierceROBERT PIERCE • Leader & Times

On any given Saturday, people can be seen in Liberal’s Light Park. Normally, it is for mostly recreational purposes.

Saturday saw the park used for a more important purpose that could affect the future of America.

The 2020 Pop Up 4 Trump Kansas Roadshow was in town to show support for the current president. The event began with a parade starting at the Rock Island Depot and proceeding to Light Park, where Trump supporters, as well as some protesters, gathered.

“This was a phenomenal turnout for the Trump train parade, way more than we expected,” she said. “I know there’s people from all over who came to this parade. We had a whole parking lot full of bikers, and we actually ran out of room at the Depot when we were in line. Folks had to take up the street just to park. We made out here to Light Park, and we’ve gathered together. We’ve opened up the mic with our sound system so people can share what’s on their heart.”

The roadshow has been in many towns in the Sunflower State, 38 prior to Liberal, and out of those, Tawater said the local event was the best she has seen.

“We’ve been in Johnson County, Wyandotte, out in Wichita, but down here in the southwest corner of Kansas, this is the best event we’ve had,” she said. 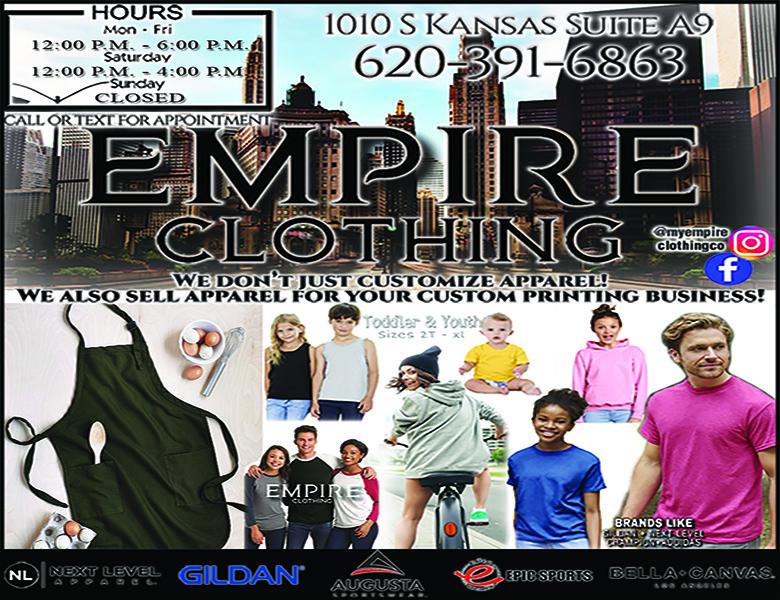 The Pop Up 4 Trump Roadshow was scheduled to be in Bucklin Sunday, along with some towns in Kansas’ Fourth Congressional District before taking a bit of a break.

“I think we’ll pick up the conservatives,” she said. “We have a lot of great conservatives who won their primary, and I believe we’ll get them into office. I think we’ll have Roger Marshall as our next senator. He’s doing very well in his campaign, and he’s been tagging along with us in some of our stops. Tracey Mann, our First District Republican nominee, I think he will also, without a problem, pick up the First District. I think we’re looking at a more conservative legislature, and I hope it is a veto proof majority this time around.”

Now, Tawater said efforts such as Pop Up 4 Trump are what it will take to turn the rest of America red.

“I think when we do grassroots events and movements like we’re doing here today with everybody, when we do that across a country, it’s really a ‘get out the vote’ campaign,” she said. “We helping people register to vote. We’re going to help them get to the polls, and I think the voter turnout will be much higher for Republicans in our country.”

Tawater talked about what the damage the Democratic Party has done to America, particularly during the Trump administration.

“I don’t think there should be a Democrat Party in the United States anymore,” she said. “I think it is moving so far left. I think they’re moving into communism. Just like today, we had the Black Lives Matter protest out here. They’re linked up with Antifa, all of these really radical left wing non-profit organizations and pacts, and they’re all pushing communism. They’re all linked with the Democrat Party, and it’s seditious. There just shouldn’t be a Democrat Party anymore.”