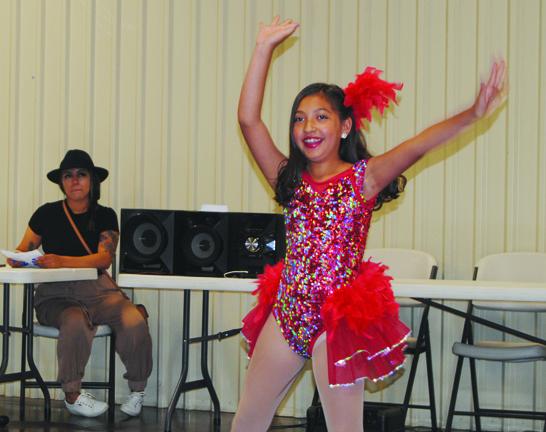 Black History Month events typically take place in February, but this year, with COVID-19 still having a presence at this time, events were moved to July.

This weekend at the Mahuron Community Building in Liberal saw two of the local traditional events with the Taste Festival taking place Saturday and the Black History Talent and Fashion Show taking place Sunday.

Natasha Boga, a member of the local Black History committee, having the events at a later date made them even better.

“I’m super excited,” she said. “I felt we were lacking last year, but now we’re back and we’re full and safe.”

Boga, however, did say the later date did have a small negative effect.

“I do think it affected it a little bit,” she said. “People are used to this being in February and knowing we’re having our events then. I don’t think we had as good of a turnout as we did in previous years.”

There is one more event to go in this year’s Black History Month celebration, with the Rosa Parks Scholarship Banquet scheduled to start at 6 p.m. July 31 in the Seward County Ag Building, and Boga said she is hoping for similar results for that event.

“I think it went really well,” she said. “We had tons of people at the Taste Festival, and several people did come out (Sunday). I’m expecting more of a crowd next week.”