Fair planning to return for 2021, ready for all events 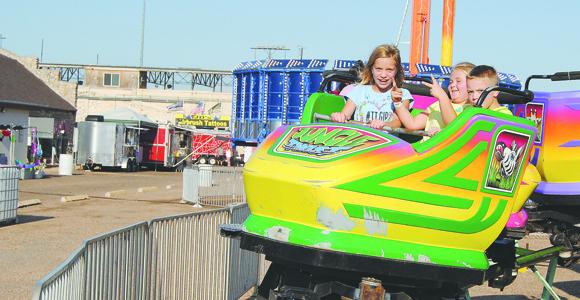 Children take a spin on this ride at the carnival at a past Five State Fair. This year’s fair is coming up soon. L&T file photo/Robert PierceELLY GRIMM • Leader & Times

Many local events in 2020 were canceled because of the COVID-19 pandemic, and one of the biggest casualties in that regard was the annual 5-State Fair.

This year, the 5-State Fair festivities will be back on, starting with several 4-H events starting Tuesday, Aug. 3.

“This year, the fair is going to be a little more spread out, and everything's starting with the 4-H events, which starts with the archery shoot Aug. 3. The 4-H events will also include the sheep and goat shows, which will begin Aug. 12 with the weigh-ins, and then Aug. 13 will be the actual shows – everything will start off with the hog show, then the beef show, then the poultry show, then the rabbit show,” Fair Coordinator Ty Lewick said. “Then Aug. 14, there will be the Seward County 4-H show for everything – hogs, goats, sheep, beef, the round robin, all of that. That evening will also be our appreciation dinner starting at 6 p.m., and then the livestock sale will start at 7 p.m., so I would encourage a lot of turnout and support for the 4-H kids and for people to buy their livestock. Then Aug. 16, we'll open up entries for the quilt show and the other craft shows.”

More fair fun will begin Aug. 19, with the opening of the carnival and several other events set to take place that weekend.

“Aug. 19 is opening night for the carnival, and that will be the full carnival they're bringing. Then Aug. 20 is when the vendors will open in the Activity Center, and we're also going to have the cornhole tournament, the fair is a stop for the KSCB-National Beef Cornhole Tournament, and we're sponsoring a $1,000 prize for that, so we hope to see a lot of people competing in that,” Lewick said. “The Past Masters will also be doing a concert that Friday night, they've performed here before and people really like them, and Richard Renner will be bringing his slapstick circus act and will also be doing some roaming entertainment. That Saturday, the building will open at 9 a.m. and that will definitely be a full day – we're going to have Kids' Day, a presentation from Lee Richardson Zoo, the Kids Tractor Pull, and the virtual roller coaster, among many other things. Saturday's going to be packed and there will things going on inside and outside. We're also bringing back the Not-So-Newlywed Game this year, so if you're married, we'd love to see you enter, that's always fun. Saturday afternoon will feature the remote-control racecar tournament, and that night will also have a concert from Eastern Heights and some other shows. Sunday will be the day we wrap everything up, and that's when people will be able to pick stuff up.” 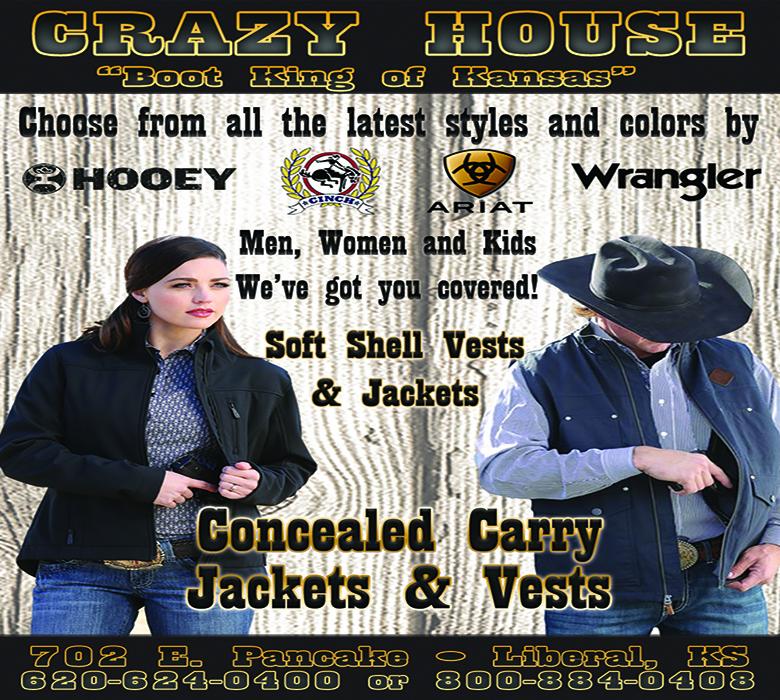 Lewick said last year’s decision to cancel the fair was an unhappy one.

“We were all pretty disappointed and depressed. We thrive on community involvement, and we kept trying to put together some sort of fair right up until the end, and then the carnival called and said they couldn't make it, so last year's fair was focused on the 4-H shows,” Lewick said. “We were devastated we couldn't have our fair last year.”

With the fair being back on for this year, Lewick said the 5-State Fair Board is re-energized.

“We were really excited. The volunteers with the fair board and everyone who helps out, we were so excited we would be able to have the fair this year,” Lewick said. “All the entertainment we'd planned for last year, we were able to roll over to this year. We were just really excited, we can't wait to see everyone out and about again for the fair. I'm excited to see the community come out, I think everyone's ready to come out and enjoy everything that will be going on, whether it's the carnival or the animal shows. That weekend is also when the PRCA Rodeo will be going on, and I think that will also see quite a few people. I also think both events will be able to benefit from one another since people will likely be convinced to go to both events, which I think is awesome. The main thing is I'm excited to see everyone. It's been a long year, and we've changed a few things around for this year. It's going to be a unique year simply because we were off last year. Everyone needs to come out because we've all been stuck at home for too long. One of the changes we made since the PRCA Rodeo's going on is most of our events will be in the Activity Center and that parking lot, so everything's going to be more compact, which I think will be greatly appreciated by people. It's just going to be a great time.”

Lewick added the planning for this year’s fair festivities was very easy.

“This is our easiest fair we've put on because we planned for this fair last year. We'd done a lot of the pre-planning and scheduling of the events and entertainment, we had all of that lined up and basically made a bunch of phone calls to our sponsors and everyone else to make sure everything could still take place,” Lewick said with a chuckle. “Everything fell into place really easily for this year, the main change we had to make was moving everything to the Activity Center, which ultimately wasn't too hard to do. Our entertainment lineup is going to be great, they're going to be in the same area as the vendors and the cornhole tournament and everything else. With everything being more concentrated for this time around, I think it will draw a lot more people. Something else we decided for this year is we're going to have the monster truck show, but we're actually going to have it in September instead of during the fair stuff, and we think that will help keep the community engaged with fair stuff for a little longer this year.”

Lewick added encouragement for the community and everyone in the area to check out this year’s 5-State Fair fun.

“This year is going to be a big year. Come early and stay all day, there will be a lot to see and do that weekend, there will be something going on all the time,” Lewick said. “Come out to the fair, come out the animal shows and sales and see what those kids have done – even if you're not going to bid on an animal, come out and support the 4-H kids because they need it and appreciate it.”