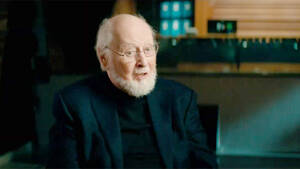 Composer John Williams recounts a story about recording at the Abbey Road studio in this scene from “If These Walls Could Sing.” Courtesy photoELLY GRIMM • Leader & Times

London’s Abbey Road studio has been around for nearly a century and has seen many artists come through the doors including Pink Floyd, The Beatles, Adele, and Elton John, among many others. Since I’m a music nerd, when I saw Mary McCartney’s documentary feature debut “If These Walls Could Sing” on Disney+, I knew I would probably enjoy learning about one of the most historic music studios in history.

To start off, McCartney was a good choice for this project’s director, and her care and passion for the studio shows throughout the movie. She begins the movie by talking about how she spent much of her childhood in the studio with her father, Sir Paul McCartney, and with that level of care and experience in the place, she definitely knows what she’s talking about. I also liked some of the creative cinematographic choices she makes throughout the movie, especially with the archive footage she uses throughout, because it almost reminded me of the picture in a picture feature some TVs have. McCartney’s use of certain rooms of the studio as the background/setting for the interviews was very clever and with each subject, I couldn’t help but think, ‘That particular room suits them PERFECTLY!’

Something else I appreciated throughout the movie was the wide variety of artists interviewed, which includes Elton John, Celeste, Sheku Kanneh-Mason and Jimmy Page, among many others. That variety truly helped underscore just how historic the Abbey Road studio is and how instrumental (pun intended) the studio was in helping launch so many different careers and in such a wide variety of musical genres. Most of the artists interviewed used some variation of ‘holy’ or ‘sacred’ to describe the building and how important it was for them, and I feel like when that many people use those types of words in one setting, it’s probably not a coincidence. One story that was featured that particularly amused me came near the end with John Williams’ interview and when he talked about his experiences recording the famous “Star Wars” and “Indiana Jones” themes and recording some other music at a point where the studio was not doing very well and almost had to get rid of its biggest space. That story amused me because afterward, I couldn’t help but think ‘So yet again, it’s the band/orchestra kids who saved something from ruin.’ Overall, the movie is not only a showcase of the talent that’s passed through the studio but also a bit of an insight into the recording process, particularly in the earlier days, and I was surprised at just how clearly these artists could recall their respective recording sessions. 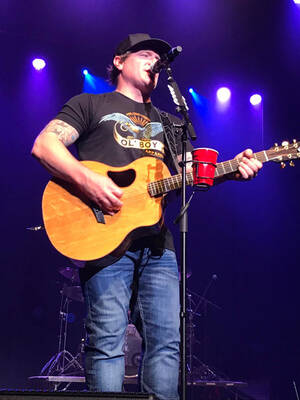 Jerrod Niemann performs at a past concert in Liberal. Niemann will be receiving the Bill Lee Award from the Kansas Music Hall of Fame later this year. Courtesy file photoELLY GRIMM • Leader & Times

Musicians have the opportunity to earn accolades from many different entities and recently, one of Liberal’s own has done just that.

“The day all of the awards were announced, Joe Denoyer actually contacted me first and let me know what was going on, and I thought it was really cool to get the news from someone back home,” Niemann said. “There are a lot of people who use the term surreal and how humbling certain events are, and it's true. I frequently think about growing up in Liberal and walking through the parks and going to school and everything else I did back then. Music's something I've wanted to do since I was little kid and there are a lot of times I start thinking about those moments. My parents owned a skating rink there in town and I was there a lot when I was little, and I always associated music with fun, and I think about all the miles I've traveled and everywhere I've been able to go. I've been fortunate to play in a lot of different places and I always take a piece of home with me. I'm proud to be from Liberal and from Kansas, and it's actually kind of tough to put into words how I feel about this award because there are so many great memories I'm fortunate to have from growing up in Liberal.” 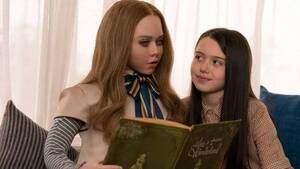 The horror world has no shortage of evil dolls whose stories have been told, from Annabelle to Chucky to Talky Tina and beyond. Recently, M3GAN joined that club, and I have a feeling she won’t be going away anytime soon.

Released last weekend, “M3GAN” follows the eponymous artificially intelligent doll who develops self-awareness and becomes hostile to anyone who comes between her and her human companion. She is brought to life by Funki roboticist Gemma (Allison Williams) as a companion for her niece, Cady (Violet McGraw) when she comes to live with her after her parents’ fatal car accident.

To start off, the movie definitely has quite a bit of creativity behind it, starting with the opening scene, which is a commercial for a new toy from Gemma’s company. The nostalgia factor was high and definitely reminded me of basically every toy commercial I ever saw growing up, and it also kind of reminded me of some of the “it” toys that were around when I was younger. It’s a very clever way to open the movie and definitely took me back, and I’m sure other viewers have memories of particular toy commercials from when they were growing up. Since Christmas has just come and gone, I also couldn’t help but think “Is this what EVERY toy company goes through when it comes to the holiday season?”