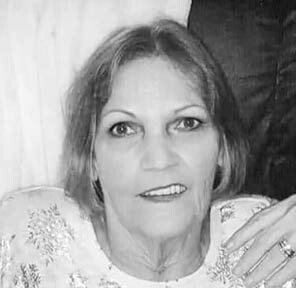 She married Steven Harris on July 16, 1972 in Las Vegas. He preceded her in death.

Shortly after graduation, she moved to Liberal and worked as a waitress before completing cosmetology school at the Liberal Hair Academy, later opening her own salon. She later worked as an instructor at the college.

She enjoyed bowling, trips to the casino, playing BINGO, and was a huge fan of anything John Wayne.

She loved animals and had a knack for adopting family members' dogs as her own.

She was also preceded in death by her parents; and brothers, Richard Kuehn and Kevin Garth.

Condolences may be left at www.garnandfuenralhomes.com.