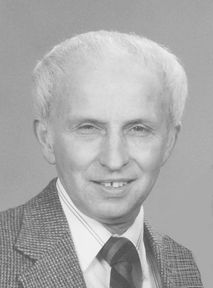 He grew up on the family farm in Edwards County, helping out with early morning and late evening chores.

He was raised and confirmed in the Lutheran Church.

In high school he played baseball, basketball and football.

As a young man, he was deputized by his uncle, who was sheriff of Ford County at that time.

After marrying, the couple soon moved to Chicago where he studied radio and tv repair and was a runner for Wall Street. Nine months later he was drafted into the US army.  After basic training he was stationed in Germany as a field radio repairman. He served there until 1959 and received an honorable discharge.

The couple later made their home in Liberal, where they lived until 1995. He worked as a salesman for most of his career, retiring in 1994.

He enjoyed fishing and gardening, as well as attending his oldest son’s wrestling meets and watching science fiction tv shows with his daughters.

In 1995, Elden moved to Olathe with his wife Joyce and son and his grandchildren.  He found a church family at the Gardner Church of the Nazarene and has been a member there for the last 27 years.

Elden is remembered as a man who loved taking his younger son to breakfast regularly, taking friends to dinner theater, taking his grandkids fishing and attending their ball games and piano recitals.

He was preceded in death by his parents and his sister, Lois.

In lieu of flowers or memorial contributions, Elden’s family encourages you to cherish your family and all those you love.

Condolences may be left at www.Penwellgabelkc.com.