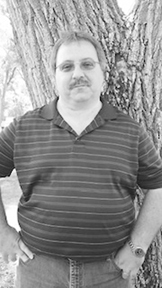 He was a graduate of Satanta High School in Satanta.

He was employed by AgTrax in Hutchinson since 1996 as a computer programmer.

He was an avid bowler and a member of the United States Bowling Congress.

He was also preceded in death by his parents; and brothers, William ‘Bill’ Small and Thomas King.

• Graveside services will be at 10 a.m. Saturday, July 9, 2022 at the Dudley Township Cemetery in Satanta.