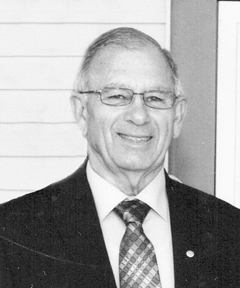 The couple farmed in Stanton County until 1992, when Jay went into partnership with his son, Dalyn at Precision Auto Body.

He served on the ASCS, Stanton County Conservation District, and Johnson Co-op Boards. He served as a Scout Leader and was a member of the Bear Creek Gun Club, Johnson First United Methodist Church and was a Past Master of the Johnson Masonic Lodge #441.

He was preceded in death by his parents; in-laws, Chuck and Hazel Morris; and sister, Barbara Smith.

Memorials are suggested to the Ulysses Church of Christ in care of Garnand Funeral Home, 405 W. Grant Ave., Ulysses, KS 67880.