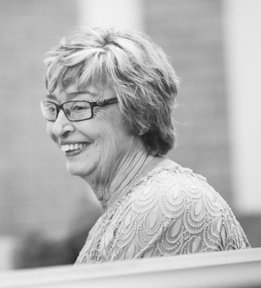 She was born May 5, 1943 to Edward William and Rowena Cozette (Hoggatt) Allen.

She spent many years working beside Carl in their farming operation and raising race horses.

She owned and operated The Paddock Western Store, and worked for Dekalb Seed Company, Dr. Ramchandani’s Medical Clinic, and retired from Sullivan Elevator.

She was on a bowling league, a member of the First United Methodist Church in Ulysses, and the Sac and Fox Nation Tribe of Oklahoma.

She enjoyed rides in the country, attending horse races and trips to the casino.

She was also preceded in death by her parents; and daughter, Shelley Dawn Higgs.

• Funeral service will be at 10 a.m. Friday, August 5, 2022 at the First United Methodist Church in Ulysses, with Reverend Kelly Gindlesberger presiding. The service will be livestreamed on Garnand Funeral Home’s Facebook page.

Burial will follow at the Ulysses Cemetery in Ulysses.