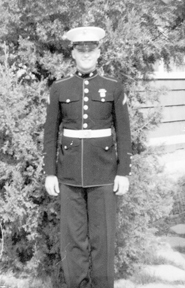 He served in the Marines and later worked as a truck driver.

Survivors also include one daughter; sisters, Theresa Barnes and Marleta (Garwin) Powers; two grandchildren; many nieces and nephews; and many cousins, including Clair (June) Bender and Carolyn (Ron) Gordon.

He was preceded in death by his parents.

Condolences may be sent to the family at www.strodefh.com.