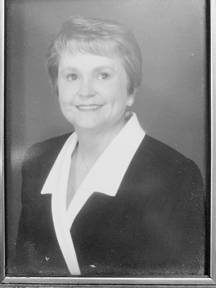 She married her first husband, John Kyle, and they lived in Albuquerque, N.M.

She later married her second husband, Jon Cooper. He preceded her in death in April 2022.

She graduated from Liberal High School in 1962.  She attended Wichita State Teachers College. She later went back to school and earned her BA and MA in business administration and accounting through the College of Santa Fe.

While in Albuquerque, she worked in public television at PBS. After obtaining her MA degree, she worked at Sandia National Labs in the payroll department.

While Jon was battling cancer, Carol was also diagnosed with cancer and passed away two months after her husband.  She was known for being a wonderful mother, best friend, sister and wife, and was admired by her friends and family for her courage and strength.

She was also preceded in death by her parents; and brother, Ronald Garoutte.

• Arrangements are pending and will be announced at a later date.

May God hold you in the palm of His hand.  Until we meet again mom, All of our Love.