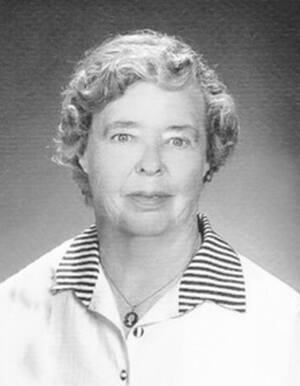 She received her degree in education and home economics from Kansas State University in 1954.

She served in various aspects of her church, her community, and the school district

She was an avid seamstress and enjoyed craft making.

She and Ralph enjoyed traveling, and trips included camping and visits with family and friends to many destinations around the world.

She was a member of the Kansas Flying Farmers, establishing lifelong friendships as they flew to “fly-ins” and attended conventions.

She was preceded in death by her parents; sister, Martha Jane Morgan; and brother, James Merle Henre.

• Funeral services will be at 10:30 a.m. Friday, Sept. 23, 2022 at the United Methodist Church in Moscow, followed by a burial at the Moscow Cemetery. The family will receive friends from 10 to 10:30 a.m. before the funeral service.