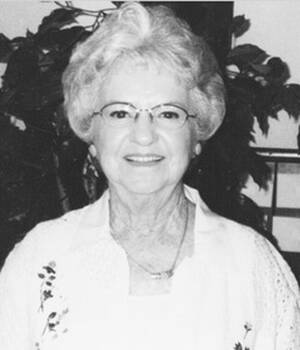 During the time span from 1957 to 1985, when she retired, she worked for the Stevens County Extension Council; the Hugoton Elementary School; and was office manager for Chet Davis State Farm Insurance Agency for a total of 20 years.

• Funeral services will be at 2 p.m. Thursday, Sept. 22, 2022, at the United Methodist Church in Hugoton, with Pastor Wesley Young and Pastor Gary Stafford presiding.

Burial will follow at the Hugoton Cemetery in Hugoton.