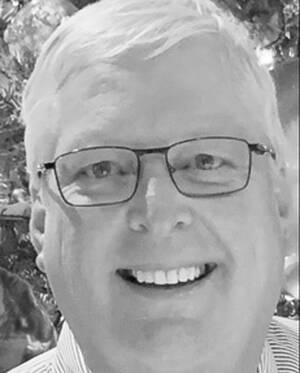 Kenny Sizemore, 65, passed away at home in Elizabeth, Colorado, on December 13, 2022, with Michael and Patricia at his side.

Born in Coldwater, Kansas, on May 3, 1957, he was the third son welcomed to the family of Kenneth and Avis (Martin) Sizemore. The family settled in Liberal, Kansas, where Kenny graduated from Liberal High School in 1975.

Kenny and Patricia (Howland) married in 1978. He would be the first to laugh and tell you with a wink that, ‘she’s a lucky little lady’, but we all know - she truly was. Michael was born in 1983, completing the family and bringing more joy and pride than could have been imagined.

Kenny prioritized family and friends. He enjoyed many years of coaching Kids’ Inc. soccer and football and racked up a plethora of miles supporting the Redskin football team, his son, and many others.

For 12 years, Kenny worked in the oilfield, from company pumper to lease foreman, before joining the team at Madden Oil Company in 1988. Kenny worked hard and took immense pride in making certain the broad customer base of Madden Oil was served well. He considered customers family and always made sure people were taken care of.

Give him a call, and you’d hear his classic sign off: “Holler if ya need something.” He wasn’t kidding…

Community was important to Kenny, giving of his time to several boards: Kansas PMCA Board of Directors, the USD 480 Board of Education, and the USD 480 Foundation.

He enjoyed time spent with family and friends, and that time often happened around a good meal off the grill. Camping, fishing, and golf were at the top of Kenny’s favorite things to do.

Selflessness and generosity are two traits that highlighted his personality.

Kenny never met a stranger and made the time to show up for those who reached out, providing whatever he could to help. He simply wanted to brighten lives — and that he surely did.

Kenny is survived by his wife Patricia, son Michael, daughter-in-law Heidi, and grandson Landon. If we’re being honest, there’s no one he’s more proud of than Landon. “Kid can do no wrong.” He is also survived by his brothers Martin (Barbara), Jim, Tracy (Tammie), sister Jo Ann, as well as dearly loved nieces, nephews, grand-nieces, and grand-nephews.

Kenny was preceded in death by both parents, a brother, Scott, sister-in-law Dianne and brother-in-law Amos.

Family and friends are encouraged to dress comfortably and join us in remembering Kenny and honoring his life.

Circle Of Faith was established by cancer patients, with the intention of being a financial blessing to other cancer patients as they journey through cancer treatments.

Condolences may be left at hornungfuneralhome.com.