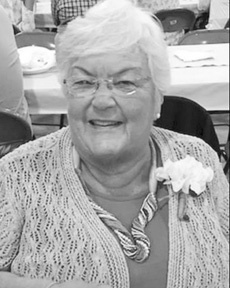 After graduation, she Joined the United States Air Force. During her enlistment she was stationed at Lackland Air Force Base and at Barksdale Air Force Base.

After discharge from the Air Force, the couple found jobs when visiting Liberal. Bonnie was employed at the Post Office, Ideal Foods, Beach Aircraft and WestKan Oil Company.

She enjoyed camping, gardening, and quilting. Bonnie spent time in Bible Study. She was most happy spending time with her family.

Her memberships include The First Baptist Church, The American Legion Post 80 and the Needles and Friends Quilt Guild, all in Liberal.

She was preceded in death by her parents.

• Memorial services will be at 10 a.m. Saturday, Jan. 28, 2023 at CrossPoint Church at 2nd Street and Sherman Avenue in Liberal, with Pastor Jonathan Zamora presiding.