Let’s say Biden is right, what is the solution? 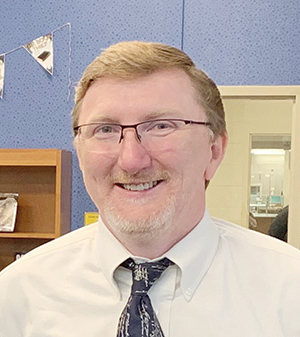 For a minute, let’s say Joe Biden is right about everything. Let’s say nothing he did to curtail domestically-produced oil, to flood the economy with money and spark 40-year highs in inflation, to immediately stop border security which has led to a record surge at the southern border, and shortages of shippers and pilots had nothing to do with the massive lockdowns and heavy-handed government response to the pandemic — for a moment let’s say Biden had nothing to do with any of that.

He’s still the president. His Democratic Party still has majorities in both the House and Senate, and he still has an obligation to address the issues facing the American people.

Even if he is 100 percent right that these issues had nothing to do with him, which we all know is a farce, that still does not absolve him or his party from offering solutions.

The blame game can only take you so far.

Years ago I remember when a student was afraid of failing a test, so to get out of it, they called in a bomb threat. And they did it again until they were eventually caught.

That is similar to the leadership we are seeing today.

Since none of the crises facing America are perceived to be the fault of the Biden Administration, at least they don’t perceive themselves to be part of the problem, then they do not see why they should create a solution.

One of the recipients of the blame is Russia for starting a war with Ukraine.

Somehow, Russia’s  ill-conceived invasion of a neighbor caused a major disruption in America. Biden has attempted to coin the phrase “Putin’s inflation.”

Are we really to believe that Russia’s invasion of Ukraine caused an increase in the cost of a tomato? They are completely unrelated.

But again, let’s give Biden the benefit of the doubt and say Russia is the cause.

What gave Russia so much power over the American economy that their invasion plans of a neighboring country would lead America to the brink of economic recession?

And if that is true, what is Biden doing to reduce Russia’s stranglehold on the American economy?

If Biden believes his own rhetoric (some might say lies), then he has to follow through with actions that would remove such omnipotent power Russia has over the world economy. Have we shut down Russian banks, or their ability to use international banks? Of course not, because Russia doesn’t really have the control over the American economy we have been told.

But if Biden believes Russia is the culprit, what actions has he taken? Yes, we stopped using Russian oil, but that was in response to the invasion. The price of gas was already on the rise before we cut off Russian oil.

And what about China? They have hopped in bed with the Russians and support their every move in Ukraine. They have provided technology and have also purchased the Russian oil that was rejected by Europe and America.

What actions have we taken with China if they are involved with leading the American economy to the precipice of a collapse?

Even if you take Biden at his word that these crises had nothing to do with him, his response, and that of his party in Congress, has been to respond with little to nothing.

Is it their goal to make gasoline so expensive a $60,000 electric car looks like a good deal? Is it their goal to drive groceries so high that every American family will need food stamps kindly provided by the centralized government?

The only reason an administration wouldn’t respond to catastrophes like we’ve seen in the past 16 months is because the results were intentional.

In “The New Republic,” Kate Aronoff floats the idea that Biden should nationalize oil refineries as a means to control fuel prices and control supply.

Other countries do it, she surmises, so why not America?

Oil, Aranoff says, is a national resource, not a product that was explored and extracted at great cost by investors.

Create a big enough crisis and the American people might just believe that American companies making a profit from their investment should be discarded, and government-owned refineries would be better.

And with it, capitalism is lost. Surely the government could do better with grocery distribution, agriculture and all other industries as well, right?

The answer is no, the government never does a good job at virtually anything it does. That’s why the founders referred to it as a necessary evil. Government must remain limited in order for the people to remain free.

As we’ve seen, government causes inflation when it cranks out trillions of new dollars. The concept of giving everyone money has now been debunked. It doesn’t work, its never worked, and it always costs more.

The only way forward is for the government to reduce its burden on the people, release the restrictions on energy production and allow qualified drivers and pilots to do their jobs whether they’ve been given a shot or not.

Our challenges are self-inflicted, and until Biden admits it, he can’t fix it.