A new Venezuela is born 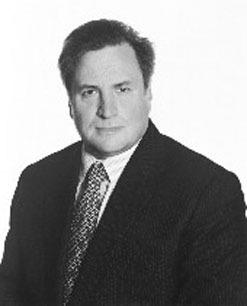 Columbia, long America’s best ally in Latin America, has left the ranks of the free world and elected a communist president in June 19th’s election.

In electing Gustavo Petro — a former guerrilla leader who spent a year and a half in prison for gun running — Columbia moves closer to its neighboring Venezuela which, under Chavez and the current President Maduro, has ushered in a new form of totalitarianism.

Two ghosts from history — Castro and Chavez — have now taken over a third country: Columbia. Optimists say that the conservative Colombian legislature and courts will not let Petro destroy the free market economy. But the precedent in Venezuela is that once the left wins an election, there are no more free elections. The will of Congress and the Judiciary is ignored, and the president governs by decree, backed by secret police imported from Cuba.

Things in Venezuela have gotten so bad that 4 million people — about 25 percent of the population — has pulled up stakes and fled the country. They are homeless, sleeping on the sidewalk and in makeshift tent cities on the major avenues. They beg for food and often live by crime. Such may be the fate that awaits Colombia, now one of the most prosperous countries in Latin America.

While Venezuela is a comparatively small country, with 25 million people, Columbia, with 50 million, is the third largest in Latin America behind only Mexico and Brazil.

I worked for Petro’s opponent, Rodolfo Hernandez, who was defeated in the election by three points. But on those three points the freedom of the country may well swing.

What caused the leftist surge in Colombia? In a word; COVID. Here in the U.S., we have been largely insulated from the dire economic impact of the disease. Our government is the only one in the world that can just print all the money it likes. Other countries like Columbia cannot.

In the U.S. we experience the aftereffects of Covid and the money printing through rising inflation, but Columbia became a basket case and is losing its freedom as a result.

Now, Cuba, Argentina, Chile, Paraguay, Bolivia, Peru, Colombia, Venezuela, El Salvador, Nicaragua, and Mexico are in the grip of left-wing governments. Brazil where leftist former president Lula is leading in the polls despite having served several years in prison for corruption, may be about to swing to the left next.

Then all Latin America will become a leftist continent opening the door to Russian and Chinese penetration. Castro must be celebrating in his grave.