Should the strategic petroleum reserve be used for politics? 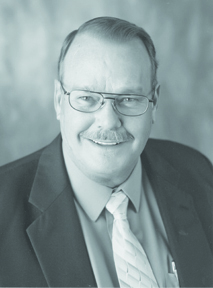 Sleepy Joe went before the microphone Wednesday, and read from the teleprompter.

“My message is simple: To the companies running gas stations and setting those prices at the pump; bring down the price you are charging at the pump,” he commanded as he squinted at the teleprompter.

Then he bent closer to the mic and whispered in that creepy tone, “Do it now. Do it today.”

When one looks at that in written form, it’s even more disgusting than his spoken words – if that’s possible.

Most in America – those with an I.Q. higher than a dangerous earthquake – know “Big Oil” doesn’t set the price of oil: It’s traded on the “open,” aka “world” market.

“No,” the posting reported. “According to the latest information, the refiners (Big Oil companies) own less than 5 percent of the 145,000 retail stations (math proves that’s only 7,250 stations in America, at most).

“When a station bears a particular refiner’s brand, it does not mean that the refiner owns or operates the station,” the report continued. “The vast majority of branded stations (the remaining 137,750 stations) are owned and operated by independent retailers licensed to represent that brand.

“According to the National Association of Convenience Stores (NACS), more than 60 percent of the retail stations in the US are owned by an individual or family that owns a single store,” the posting added.

So, our brainiac President is attacking hundreds of thousands of families that own small businesses – gasoline stations and convenience stores – and has continuously called them “unpatriotic,” insinuating they’re enemies of the state – gougers and crooks.

He doesn’t know these undeniable facts, or he’s just continuing to dupe the American people. That’s the only two possibilities, folks, for him to say something so ignorant as that.

Of course, it’s actually whoever is writing his teleprompter speech for the brainiac reader. Which one is the real stooge? Maybe both.

Ask yourself, who is this man in the teleprompter, and what are his intensions? The repressive – and oppressive – policies are being pushed through Biden, the puppet, but we all know someone else is running this country.

Brainiac’s newest gimmick is suggesting waiving the federal gasoline tax for three months. His ignorance of the petroleum industry must be contagious, because Nancy Pelosi is also showing positive signs of DKCAIE – 22 (Don’t Know Crap About It Either – 2022).

“Speaker Nancy Pelosi released this statement following President Biden’s call for a three-month suspension of the federal gas tax,” according to a June 22 posting at www.speaker.gov.

“Democrats are united in our determination to lower gas prices for families at the pump. It is unacceptable that American families are being squeezed at the pump while Big Oil rakes in massive profits at their expense in the middle of Putin’s War,” Pelosi added, while waving her arms dramatically as if preparing for take-off.

Massive profits for everybody is Brainiac’s gift to the world by his disruption of the world markets with his attacks and restrictions on “producing” oil in America, the ninth nation in the world of known oil and gas reserves (he always whispers that we’re producing more oil today than when he took office. He lies, but even if it were true, he fails to tell us consumption has risen far more than that production).

This disruption of oil production is reverberating around the world with rising inflation.

His policies have produced all the increases of petroleum-based products worldwide, including gasoline, diesel, heating oil, propane, jet fuel, fertilizers – and the list goes on to even lipstick. Even including packaging for Pelosi’s $50-a-pint ice cream.

Here’s another question for Brainiac: “Who gave you the authority to release millions of barrels of oil from our U.S. National Strategic Petroleum Reserves – for political reasons?”

“The 180 million-barrel release (by Brainiac) is equivalent to about two days of global demand, and was the third time Washington had tapped the SPR in the six months prior,” Reuters added.

Congress needs to fix that. No President of either party should be able to use the SPR for “political” reasons. That’s not its intended use.

When one takes in all the admonitions (kind way of saying ruthless attacks on all the major industries) by Biden, it looks as if he is following the playbooks of Fidel Castro in Cuba or Hugo Chavez in Venezuela.

I believe Biden is considering nationalizing the oil industry and/or airlines. If so, he’d then want to quickly follow that by nationalizing agriculture and the meat industries. I wouldn’t be surprised if he tries something like that before the November elections.

He doesn’t have to worry about the national media; 98 percent will follow his every beck and call, as they have every step throughout his candidacy and presidency.

Once he nationalizes – say oil or air travel – that would give him the excuse to postpone elections in November because of the chaos that would be going on – like maybe a real insurrection, which he wants.

Don’t allow this man – or his teleprompter-writing communist – fool you. If Biden’s lips are moving, he’s trying to deceive to you. When he stutters and can’t follow the script, it’s because he’s infected with DKCAIE – 22.

And there’s no vaccine for it, except voting them all out of office – nationwide.