1,000 T-shirts, a custom motorcycle, and a community worth celebrating 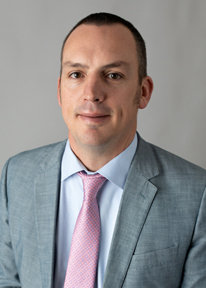 It’s hard to believe we have already hit the midpoint of summer, but here we are in July. That means Seward County Community College is preparing to welcome the entire community to our campus as part of the second-biggest celebration of the year in Liberal — July 4.

In any other town, we would probably list Independence Day as the primary holiday that brings people together, but other towns don’t have Pancake Day. That said, July 4 promises to be even bigger and better this year, with a parade and park extravaganza planned before the traditional festivities held on the SCCC campus. You will be sure to see Saints at all of the fun. The parade begins at 10 a.m. on Kansas Ave., moving north to end at Light Park.

This year, Seward has made a deliberate effort to show up at area parades large and small. The project began at the suggestion of our Outreach Director Mike Bailey, whose daily work includes many highway miles traveling to the smaller towns we serve. He pointed out that after the pandemic and long months apart from one another, we are eager to reconnect with our far-flung Saints family. We want to show up and let them know we care.

Thanks to his dedication and willingness to handle hundreds of pounds of candy and swag, Mike has earned the title of “Director of Parades.” In all seriousness, we are thankful for his willingness to spearhead the parades, throw candy, and even dodge a cow chip or two as he traveled from town to town. In many of these adventures, Dean of Enrollment and Student Success Annette Hackbarth-Onson has been his loyal co-conspirator.

Here in Liberal, LHS Homecoming and Pancake Day provided us with so many good memories and moments of connection, with our cosmetology students and student athletes representing campus with pride. For July 4, we’re planning to bring the amazing custom-built motorcycle created by the Vo-Tech long before the merger. It’s still a point of pride on the Industrial Tech campus and Dr. Amber Jones, head of that division, is eager to show it to a new generation of future Saints. Look for her behind the wheel of the SCCC pickup truck, and try to catch a roll of Smarties as she steers the motorcycle trailer.

Once the parade wraps up, Light Park will be the site for an afternoon of fun. Presentations begin at 11 a.m., including historic speeches, singing, dancing and other entertainment. Booths and informational tables will also be set up, and you can find a Saints table in the mix, with T-shirts, lanyards and other giveaway items. And, if you’re planning to head back to college in August, you can talk to SCCC representatives about the next step.

Throughout these events, I hope to see folks wearing our newest SCCC T-shirts. We plan to give out 1,000 of these free shirts. If you don’t score one during the parade, be sure to pick yours up at the Saints table!

At 2:30 p.m., it will be time to head to Saints Nation, also known as the SCCC Campus and Brent Gould Field. We’re very proud that the college is also the home field for the Liberal Bee Jays and the City of Liberal’s annual fireworks display every July 4. Fellowship Baptist Church will join the community on campus, holding a picnic with a hot dog feed, bouncy houses, and plenty of games for the entire family starting at 2:30 p.m. in the area immediately adjacent to the field on the SCCC main campus. After the picnic, the Bee Jays will take on the Dodge City A’s at 7 p.m. Fireworks follow after the game and after dark.

This celebration reflects the very best of rural America, and our national values. I love seeing the many different entities come together to provide fun, food, and positive memories for children and young people. There’s so much power in that sense of community and belonging. It’s something we all cherish, and I’m proud that SCCC can play a part in making it happen.

No matter what you plan for Independence Day, I hope you will make SCCC a part of your holiday. The promise of liberty and justice for all is an enduring standard, and one that we should all continue to pursue and practice in our own lives. So soak up the sunshine, share a smile, and take in the sparkle of fireworks above this community. It is something worth celebrating.