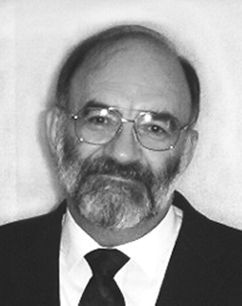 During high school, I ran cross country at Shawnee Mission North, and each week our practice route took us past a granite marker. Not until years later was I aware that the DAR (Daughters of the American Revolution) had placed the monument in 1923 on the site of a Quaker mission for Shawnee Indian children. In the 1980s, I was finishing a master’s in history from Wichita State University. We lived blocks from a national archives branch, and were involved in a Friends (Quaker) church. A man named Jerry Winkelman approached me with information on a school run by Friends, and his prompting began a study that continues today. The title of my master’s thesis was, “The Friends Missionary Establishment Among the Shawnees in Kansas.” Here’s a very short overview of a presentation I gave this week.

Friends and Shawnees had been connected in Ohio since the early 1800s when Quakers ran a school at Wapakoneta. After the US government passed the Indian Removal Act under President Andrew Jackson, the tribe signed a treaty in 1832 that was to provide land for them in Kansas. The parcel ran from the Missouri border on the east to current-day Junction City, Kansas, and encompassed 1.6 million acres south of the Kaw River.

Delays and complications meant the trip didn’t begin until September of 1832 and the Indians didn’t arrive in Kansas until the onset of winter storms in November. Government promises of money, food, tools and supplies for travel, as well as after arrival in Kansas, either didn’t materialize or were slow in coming. Friends assisted with food and provisions, but the people suffered through the trip, that first winter, and their early years in Kansas.

Tribal leaders had asked that superintendent Henry Harvey and the Quakers move west and continue providing a school and assistance. But when the Shawnees arrived, there were already two other missions, one owned by the Methodists and one operated by Baptists. The approach of the three groups differed in philosophy and practice.

By a verbal agreement, the Shawnees offered the Friends a parcel of land for a farm and school building, which they called an establishment, and it operated from 1837 to 1870. Young couples mostly from Indiana Yearly Meeting moved west to serve as superintendents, teachers and assistants, usually on a two-year assignment. The mission carried no indebtedness, and received no government aid; support came from Quakers in Indiana, Ohio, Baltimore, Philadelphia, and even London – then in the final years, from the tribe itself. Children at the school, some orphaned, received lodging, food, clothing and education at no cost.

My thesis was written originally in chronological order, then at the suggestion of my committee, changed to a topical organization. Chapters included mission leadership, academics, manual labor training, religion, factors in the decline, and “the family”. Shawnee children lived in the same building with Friends families, ate and worked together, and the children all received the same training.

First, the Shawnee children were taught English, and then they learned skills that would help them survive in a white culture. The girls were taught milking, knitting, spinning, sewing and cooking. Boys learned animal husbandry, planting, splitting rails and building fence. The establishment depended on farm production for daily needs. When impacted by drought, floods, grasshopper hordes or illnesses, all suffered together.

Principles set forth by William Penn’s “Holy Experiment” in the Pennsylvania colony continued to yield strong connections between Friends and Indians. There was no clergyperson at the establishment, and no Friends meetings were established during those years. But the staff provided physical needs and spiritual encouragement. They helped relieve hardship caused by disruption in the Shawnee culture, and they looked after those not cared for by the government or the tribe. Quaker families endeavored to “…teach by example, and to allow the Indian in the silence of his heart to discover and experience the Lord.”

When the Henry Harvey family was preparing to move at the end of their term, Chief George Williams gave a long speech, which ended, “You were always kind to us and we loved you. Your children and our children lived together and they loved one another. We will always remember you, and we will tell our children to never forget your children.”

The school began with an enrollment of 13 and fluctuated through the years, with the highest enrollment of 77. Mission success was impacted by the Treaty of 1854 which brought disruption and uncertainty. Pro- and anti-slavery forces caused difficulties, and even the Friends Indian Committee withdrew financial support in the 1860s.

By 1870 the Shawnee tribe again was removed, this time to Oklahoma, and the mission closed. The only remaining evidence of those years is the granite marker in Merriam, Kansas. But many Shawnees were prepared to conduct life in a culture that became their reality.

My thesis is on file at WSU and Friends University in Wichita. I would welcome comments or questions at This email address is being protected from spambots. You need JavaScript enabled to view it.