The polls are wrong ... again 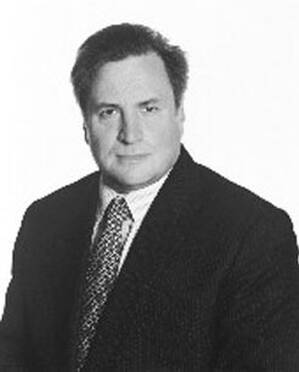 In 2021, the American Association of Public Opinion Researchers reported that, in the 2020 election, our nation’s polling firms had their “highest error rate in forty years.” The Association found that the average poll conducted in the two weeks before Election Day, was wrong by 4.5 points, always in favor of Joe Biden.

Now America’s polling firms are at it again.

An analysis by John McLaughlin of McLaughlin and Associates of recent Senate and governor polls reveals the same pro-Democratic bias in their results.

In Wisconsin, for example, where Republican incumbent Senator Ron Johnson is locked in a close race against radical progressive Democratic challenger Mandela Barnes, the most recent poll by Siena College found Barnes four points behind Johnson and, in the governor’s race, Democratic incumbent Tony Evers five points ahead of GOP challenger Tim Michaels.

The Wisconsin survey sampled five points more Democrats than Republicans, even though, in 2018, the most recent Congressional election year, an equal number of Democrats and Republicans actually voted.

So, is Johnson narrowly winning by four or is he way ahead in reality? We’ll see on election day.

In Ohio, its much the same story. There, the Emerson Poll of 1,000 likely voters taken on Sept 13th, showed Republican JD Vance only four ahead of Democrat Tim Ryan. But he’s likely further ahead. In 2020, Republicans accounted for eight points more of the voter turnout. But Emerson’s poll only had one point more Republicans in its sample.

So, a race that everyone rates as a cliff-hanger, may be more like a safe Republican bet.

A September 12th Quinnipiac Poll in Georgia sent shock waves around the country when it showed Democratic Senator Rafael Warnock six points ahead of Republican Hershel Walker. But, in this game, the scorekeeper may have gotten it wrong.

Quinnipiac Poll included an equal number of Democrats and Republicans in its sample even though, in 2018, five points more Republicans voted than Democrats. So, the survey would appear to be too pro-Democrat by five points. And, understandably given the sample, it showed Warnock winning by six. So, is the gridiron star Hershel Walker actually winning or is he way behind?

These pro-Democratic polls are not errors. They are political bias intended to dry up donations for Republican candidates. Their misleading information has succeeded in planting in the conventional wisdom a consensus that the Democrats have staged a comeback and powered by the abortion issue, are within striking distance of keeping Senate control.

But don’t be deceived.