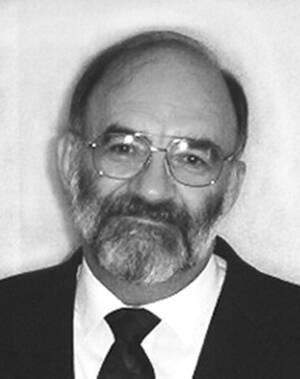 Last week’s article featured the Old Testament’s King David, whose lust and fantasy led to adultery, deceit and eventually murder. If we’re shocked by this progression, we must remember that’s how even “small” sins work. David thought that marrying Bathsheba after having her husband murdered would cover up everything. But God knew about the sins, and would not leave them in their situation.

One thing to remember is that though there are consequences for sin, God always provides forgiveness, and a promise, if we’re willing to repent of wrong. Today’s account picks up a few months after David’s transgression with Bathsheba, and her husband’s death. The child conceived in adultery was due to be delivered. Unbeknown to the king or his household, God had been preparing the prophet Nathan with a parable to expose David’s self-righteousness, and appeal to his sense of judgment.

It wasn’t unusual for Nathan to appear before the king, but this time he came with a story.

“‘There were two men in one city, the one rich and the other poor. The rich man had a great many flocks and herds. But the poor man had nothing except one little ewe lamb which he bought and nourished; and it grew up together with him and his children. It would eat of his bread and drink of his cup and lie in his bosom, and was like a daughter to him. Now a traveler came to the rich man, and he was unwilling to take from his own flock or his own herd, to prepare for the wayfarer who had come to him; rather he took the poor man’s ewe lamb and prepared it for the man who had come to him'” (2 Samuel 12:1-4). We’re using the New American Standard Bible, 1977 version, as a literal word-for-word translation.

At this point in Nathan’s speech, David was ready with an oath and a judgment against what he saw in this unjust, imaginary, person. “Then David’s anger burned greatly against the man, and he said to Nathan, ‘As the Lord lives, surely the man who has done this deserves to die. And he must make restitution for the lamb fourfold, because he did this thing and had no compassion’” (2 Samuel 12:5-6).

Nathan waited for a moment, letting the words linger, then he said, “‘You are the man’” (verse 7). Nathan continued in verse 8 by reminding David of the blessings he’d enjoyed. Verse 9 is the key: “‘Why have you despised the word of the Lord by doing evil in his sight?’” David’s confession was immediate. “‘I have sinned against the Lord.’”

The prophet had risked his life by coming and confronting sin. But instead of angering David, God’s words struck at his mind and heart, as he heard them spoken through Nathan. Next came the consequences of sin. “‘Therefore, the sword shall never depart from your house, because you have despised me and have taken the wife of Uriah the Hittite to be your wife. … Behold, I will raise up evil against you from your own household; I will even take your wives before your eyes, and give them to your companion, and he shall lie with your wives in broad daylight. Indeed you did it secretly, but I will do this thing before all Israel, and under the sun’” (verses 10-12).

David’s actions had devastated his family, ended Uriah’s life, compromised Joab, and embarrassed Israel - but the sin was against God. He acknowledged that, and Nathan’s response reflected God’s forgiveness. However, there was one final judgment: “‘because by this deed you have given occasion to the enemies of the Lord to blaspheme, the child also that is born to you shall surely die’” (verse 14). After the pronouncement, Nathan returned to his house.

There are many lessons to learn from this passage. God doesn’t take our actions lightly; He also cares enough to confront so there can be reconciliation. Even when forgiven, we must live with the consequences. The first tragedy that resulted was the illness of Bathsheba and David’s baby boy. The king went into mourning, struggling before the Lord for seven days while his servants stood by and the child lay very sick (verses 16-17). After the baby’s death, the servants questioned him, and David’s answer indicates an understanding of the afterlife (verses 18-23).

To be sure, not all deaths are a part of God’s plan, and the loss of a child is devastating. This baby was not being punished by dying, but David was. He was the one who suffered, while the child went to be with God and was spared all the bad things that lay ahead for his broken family. As a word of caution, only God has the right to make these choices; the millions of abortions worldwide are not His doing. Other judgments were to come, with violent deaths of three other sons, and shameful acts committed by Amnon and Absalom (2 Samuel 13:22; 2 Samuel 16:22).

Yet, God’s Word to David contained blessings. Bathsheba later conceived and bore a son Solomon, whose name means “I have found peace”. Nathan named him Jedediah, “beloved of Yahweh”. The last six verses of 2 Samuel chapter 12 tell of the end of war with the Ammonites. Psalm 51 contains David’s words after Nathan confronted him. May we learn repentance and have our joy restored.