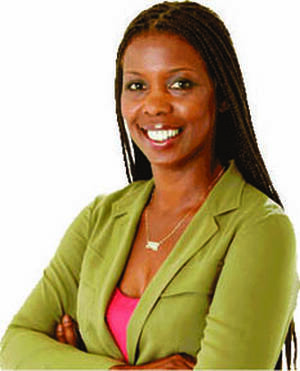 Per Public Citizen, of the 115th Congress, 59% of retiring congressmen remained in Washington, taking jobs as lobbyists or in consulting firms, trade groups or business groups, working to influence government.

So, we have power couples that are in office, that were in office — congressmen and ex-congressmen, federal regulators and former regulators, lawyers, etc.

But there is something very different about the Thomases.

Washington power couples are about money, power and influence.

But the Thomases are about principles.

"America is in a vicious battle for its founding principles," says Ginni Thomas.

Really, if the Thomases are successful in their struggle to restore America's founding principles, the result is less power and influence peddling because the result is much less government.

Those who are concerned about influence peddling in Washington should enthusiastically support the principles that Judge Thomas and his wife, Ginni, stand for. It is exactly what the founders of the country had in mind. Limit influence peddling and corruption by limiting the size and scope of government.

What about those who argue that Justice Thomas should recuse himself from cases in which his wife has been politically active?

The rules for recusal, as I understand them, are far from black and white. It is very much a subjective decision on the part of the judge to recuse him/herself.

A key issue is it that it is forbidden for a judge to discuss a pending case with a third party.

Ginni Thomas categorically rejected that such discussions ever occur between her and her husband in her recent voluntary testimony before the House Select Committee on Jan. 6.

"I can guarantee that my husband has never spoken with me about pending cases at the Court," she told the committee. "It is an iron clad rule in our home."

But perhaps most importantly, Thomas noted "It is laughable for anyone who knows my husband to think I could influence his jurisprudence — the man is independent and stubborn, with strong character traits of independence and integrity."

It should be clear to anyone who has followed Judge Thomas over the years that this is true.

He is a man of deep principle who loves America and is very serious and committed in his Christian faith.

We should also give Ginni Thomas credit for her activism for American principles.

It is ironic the criticism she gets from the left, from the feminists, who pretend to be advocates of strong and independent women.

This is exactly what Ginni Thomas is. She should be the role model for the left, for professional women and young women who aspire to be professional.

We keep the country free, per the founders, by limiting government. The source for guidelines for ethical behavior is in the very Christian principles that the left has worked so hard to purge from our nation.

This is exactly what Judge Clarence Thomas and Ginni Thomas bring to the table, for the benefit of all of us.