Max saw a better Liberal, and he recruited Jack to make it happen 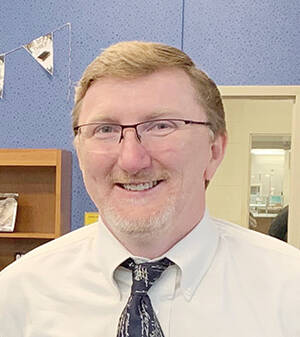 If Liberal had a heart, it was Jack Taylor. If it had a soul, it was Max Zimmerman.

These two men were dedicated to making Liberal a better place for most of their lives, and while both have passed, it was appropriate Friday to reveal that both men’s names will be placed at the new bridges crossing the Cimarron River.

I grew up in Max’s Liberal. There are few traditions we continue to enjoy that Max didn’t help make happen. And while it is completely inappropriate for me to call him Max, he demanded it from the first time I called him Mr. Zimmerman in my office.

“Call me Max,” he said. It was a much larger move than I could ever have imagined, and it was part of Max’s ability to get people on his side.

Max was a visionary, something that every community needs, and Jack was the heart that would keep the blood pumping to make it happen.

Max saw what I could only dream, and he believed when I was a skeptic. And he taught me to be a believer, too.

Liberal was not just a dot on a map to Max or Jack. It was alive, and it still is today because of the love and compassion it was given by those like Max and Jack.

Many stories of giants like these become fiction, even legend. But the facts of how Max made sure bulldozers didn’t destroy the Rock Island Depot and Grier House are absolutely true. When he saw the machinery on the parking lot, he asked the purpose, and when he was told the crews were preparing to destroy the buildings, Max got on the phone and talked the railroad into delaying the demolition until they could work out a purchase.

The buildings still stand and have become a life center of Downtown Liberal because of that effort.

Obviously the two men partnered up on several community projects, but expanding Highway 54 to four lanes from Wichita to El Paso became a focus.

Max and Jack were two of the originators of SPIRIT, the multi-state effort to expand the highway, and it would take the magic of Max and the tenacity of Jack to keep the group focused on making the expansion a reality.

They never faltered no matter how high the hurdle.

As a first-year publisher, I remember well when I would get a phone call from Max or Jack to stop by the office and talk about an idea. I always looked forward to it.

I also remember when I was told Max or Jack was waiting up front, unannounced, and I knew I was about to get an earful for not being the supporter I was supposed to be.

“This isn’t helping,” Max said to me on more than one occasion. And he quickly put me back on track by sharing the bigger picture.

Max may have had his own children, but like many I felt like one of his community children, because I was learning how communities move forward at the feet of the master.

Jack was the whip that kept the vision moving forward, and he added a voice that was vital to the vision.

I grew up in a Liberal created by Max and the teams he built, and it is a better community because of him and those he coached into becoming Team Liberal.

Some call it the Chamber of Commerce view of a community, that crime never happens, the sun always shines and the team always wins.

There is something special, and we should all be grateful for experiencing the quality of life we have because the voices of Max and Jack were louder than those of the naysayers.