Military brainwashing with CRT could lead to battleground defeat 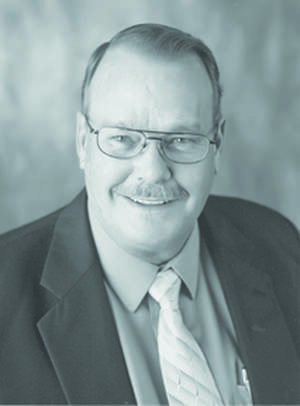 “The Army said it will ‘immediately begin separating soldiers from the service’ who refuse to be vaccinated or who don’t have an approved or pending request for exemption,” according to a Feb. 2 article written by Avie Schneider and posted at www.npr.org (another one of the Biden’s propaganda arms).

Notice that was in February and at that time, “3,350 soldiers had refused to get the vaccine,” with nearly 5,900 awaiting medical or religious request for a waiver.

Well folks, the military is expelling soldiers, airmen and ensigns left and right over the vaccine. The National Guard has lost about 60,000 soldiers because they don’t want the vaccine.

The sick irony is while the Biden tyrants are firing trained servicemen and women we need if China starts a war while allowing more than 2.2 million illegal immigrants to walk right into the country  who are not “forced” to get the vaccine  but rather flown all over the country to wherever they want on the taxpayers’ dime.

It makes one wonder if our “so-called military leaders” want to destroy our national defense by firing soldiers and using the vaccine as part of their shell game.

I mean, we’re understaffed in the military by tens of thousands. One would think Xi Jinping was sitting in the White House implementing destructive policies to weaken our military, yet it’s Lloyd Austin III, the Secretary of Defense (under Biden’s orders).

But wait, when you throw in Gen. Mark Milley, the chairman of the Joint Chiefs of Staff (a very close friend of some of Xi’s top military men), and our service members get bombarded with CRT classes.

“The U.S. military is being attacked from within. But instead of rifles and tanks, the weapon being used to dismantle our armed forces is progressive ideology,” said Tom Fitton, President of Judicial Watch in the group’s latest newsletter, “Verdict.”

Our enemies couldn’t write this stuff up as fast as our own “leaders” have. More dismantling of our national defenses.

Despicable at best. Deadly if we don’t stop it.

Fitton and his attorneys were successful in two Freedom of Information Act lawsuits against the Department of Defense and forced the DOD to release “more than 600 pages of PowerPoint slides, handouts and other curricula used to educate West Point cadets on topics such as ‘modern day slavery in the USA,’” according to Fitton.

“West Point leadership has been force-feeding cadets the tenets of Critical Race Theory, a Marxist theory that stokes racial separatism,” he added.

It seems the books and classes at West Point have strayed mightily from how to overwhelm an enemy position, according to Fitton.

“The documents from West Point reveal an assault on cadets in the form of race-based shaming that paints one race as an oppressor and another as the victim,” Fitton wrote. “In one presentation, for example, titled ‘Race and the Invisible Hand:’ How White Networks exclude Black Men from blue-collar jobs.’

“West Point cadets were taught that white people are malicious oppressors,” he added.

What ever happened to the fact, when you’re in a fox hole with bullets flying overhead, the color of the man’s skin next to you doesn’t mean squat?

Can you imagine being in a fox hole today and the black man looks over and sees a white man, and says,, “I’m getting out of here because that man is an oppressor?”

Whereupon he stands up and gets his head blown off?

Folks, if you were to ask our worst enemy what would he do to lessen our ability to fight in war, he’d probably say “Sew racial division within the whole military apparatus.”

And that’s what our military leaders are doing to the greatest fighting machine the world has ever seen. They are dismantling everything that’s been gained by erasing racism through more than two centuries of evolution of our fighting machine.

There’s more proof within the pages Judicial Watch obtained (only after suing the DOD).

“Cadets were directed to ‘consider how contemporary issues that relate to race, gender and sexuality apply to the army and how they impact an officer,’” Fitton noted.

The materials explained CRT’s concepts “are essential for future military officers to understand and fully absorb.” The “students also learned the fundamentals of feminists theory and queer theory in a three-credit social sciences class titled ‘The Politics of Race, Gender and Sexuality.”

This kind of garbage being sewn into the fabric of future military officers is abominable at best. Why Biden orders these governing principles to be taught in military schools is proof he wants to destroy every tradition and known military practice we’ve developed.

Fitton sums it up best:

“CRT is a threat to our nation,” he began. “It arises from the Marxist intellectual framework against which the United States fought in the Cold War.

“And although the U.S. defeated the imminent military threat of Marxist communism in the 1980s, it lives on beneath the banner of CRT and has infiltrated every aspect of American society, from cultural institutions to the workplace and now the U.S. military,” Fitton wrote.

“Allowing CRT to permeate military education betrays those who fought and still defend this nation against the Marxist totalitarian menace,” he added.

Hopefully, this is one of the hundreds of Biden’s follies the new GOP majority-led House will confront and stop. This notion of undermining the purpose of our military from identifying the enemy, confronting it and destroying it is in immediate danger by these anti-American leaders.

And they should pay.

“If Critical Race Theory persists in training of future officers, they will see the enemy as their fellow Americans,” Fitton closed his article.