What is the purpose of Kids Inc? 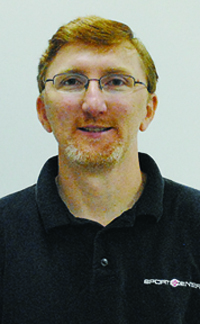 Tracy Hammond wrote a letter of concern about Kids Inc., and I urge you to read it.

I have been on the Kids Inc. Board since 1997, and while I can’t speak for the entire organization, I think I can provide some perspective as to the purpose of the organization.

I can’t tell you the number of players that stood out young that ended up dropping out later because their parents either pushed sports on them too hard and they burned out, or they found out that their early advantage physically evened out over time as other kids grew and matured.

I’ve also seen kids that were never thought of as very good in a sport shine because the team they were on needed them in a new position where they never had the chance on a traveling team.

Kids Inc. makes sure that every kid who wants to play gets that chance. That’s why there are no fees, all the coaches are volunteers, and the rules are modified accordingly.

Every coach knows they have to play every kid at least two quarters in basketball. It doesn’t matter what their skill level is as a third grader. The goal is to make sure they get a chance.

Because of that, there are a wide variety of skill levels in Kids Inc. activities.

Unfortunately, not every kid is invited to play on a traveling team, and they would never get the chance to wear a uniform if not for Kids Inc.

Kids Inc. also modifies rules like eliminating a full court press, because some teams would never be able to move the ball across half court. Even in traveling basketball, full court presses are only allowed until a certain point differential, and then they are not allowed, either.

As a parent, my children have participated in both traveling and Kids Inc. sports, and they clearly knew the difference in both.

As far as getting kids to practice, that falls on the parent, and a coach can reduce playing time if players aren’t showing up for practice.

In talking to other communities, we are lucky to have a program like Kids Inc.

I have had the privilege over the years to coach a lot of kids in the program, and some do go on to play at higher levels. Several played at the college level.

And some never continued beyond Kids Inc. very far but went on to do other things, and the experience of being on a team and how to be a good teammate stuck with them in other fields.

Kids Inc. isn’t about developing high school stars and never has been and never should be.

Kids Inc. is about giving every kid a chance. No fees. No focus on ability. Every kid plays.

I, for one, hope it stays that way.