Bush shows what used to be normal is now extraordinary 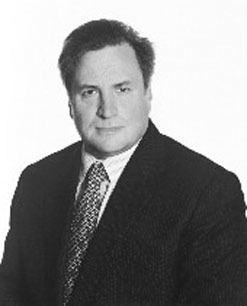 A new phrase entered the English language over the past few years: “the new normal.” It is designed to describe a deteriorating political, economic, or social condition that is likely to become routine in the future. It tells us to shed our optimism and not look back on better times past, but to adjust to the bad situation as the “new normal” and trim our expectations accordingly.

It is the antidote to hope.

But as we look back on the life of George H.W. Bush, we see how what used to be normal is now extraordinary. We once assumed that our presidents would be moral.

And then we met Bill Clinton.

We used to think that politics should always be conducted with civility, grace and respect.

And then we met the new progressives — shouting down speakers on campus, confronting people in restaurants and at their homes, flinging the worst sort of personal accusations with no proof.

So, now what was normal when Bush was president has suddenly become not normal — extraordinary.

Former President Bush — 41 — is now the new extraordinary. The simple display of manners, good humor, tolerance, forgiveness, perspective and understanding that was his daily fare is now unusual and remarkable.

Against the new backdrop of our modern politics — with its anger, rage, confrontation and presumption of evil — Bush’s qualities, once accepted as ordinary, are now so noteworthy and unique that his eulogies center around it.

Few remember his accomplishments as president. Fewer still hold onto blame for his shortcomings. It is day-to-day conduct as president and his rational, cool, logical approach to political debate that we talk about. It is these qualities that show up as so different from what followed him.