Some governors want tyranny, and a pandemic is a way to make it happen 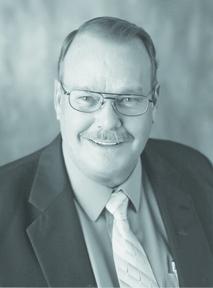 There are a couple of  “good” things, perhaps, that will come out of this pandemic.

One, people will start realizing China is a communist nation and should be considered an enemy. They are, in no way, our friends.

Two, folks are getting a real taste of tyranny – the tyranny that our founding fathers fought against during the American Revolution.

Today, the tyranny comes from leftist-progressive governors and socialist big city mayors. And, by golly, they are Democrats, with a capital D.

Authoritarian moves by these Democrats are showing all Americans what can happen when tyranny shows up in their backyards, their businesses, their schools and their churches.

New  Jersey Gov. Phil Murphy, when challenged by a reporter about the constitutionality of his state’s pandemic lockdown, said, and I quote: “I wasn’t thinking of the Bill of Rights when we did this.”

When protestors made public they may open their businesses, Murphy was quoted as saying, “Anyone who shows up tomorrow will face a different reality.”

Kentucky Gov. Andy Beshear had instituted a complete ban on any religious gatherings. He claimed churches were non-essential, while down the street from one of the churches – that ended up suing him – Planned Parenthood was doing abortions operating as “essential services.”

Can’t interrupt those killers’ business of selling unborn baby parts, can we?

Funny, but a federal court ended Beshear’s church ban on May 9. Heh. Heh.

How about Los Angeles Mayor Eric Garcetti and his clueless beach restrictions. He has issued an order that walking or running on wet sand is okay, but sunbathing or sitting on the beaches’ dry sand is dangerous.

He even has police helicopters scanning the beaches at night with blinding spotlights.

When Illinois’ Madison County health board voted to reopen the county with strict guidelines, Gov. J.B. Pritzker threatened to deploy the state police and local law enforcement against businesses that defy his executive order.

“Businesses and individual professionals who are licensed by state agencies will be held accountable for breaching public health orders,” Pritzker said May 13. “Local law enforcement and the Illinois State Police can and will take action.”

When asked about the continuous public protests against Michigan Gov. Gretchen Whitmer’s draconian pandemic orders, she made it clear the great unwashed were not important to her in any way.

“I’m not changing the way I run this state because of some protests,” Whitmer proudly  proclaimed.

Here’s one that only power hungry numbskulls could come up with.

One, “Don’t touch other people’s balls,” while playing tennis and;

Two, “only singles tennis is allowed – no doubles.”

The media had a “ball” with that one – look for the headlines. Heh. Heh.

And, there isn’t enough space on this page to expose the tyranny of New York Gov. Andrew Cuomo and New York City Mayor, Communist Bill de Blasio have used against their constituents. No wonder people are leaving New York at an alarming rate.

Then we have our esteemed governor, Comrade Laura Kelly. She came out and offered a Phase 1.5 order for re-opening our society here in Kansas.

One of her tyrannical orders was about churches, too, until the bigger federal courts beat down our San Fransisco-style Supreme Court that had gleefully, and within minutes, rubber-stamped her religious ban. Heh. Heh.

When announcing her half-ignorant Phase 1.5 of her reopening plan she had an excuse for the slowdown.

“I’ve always said that until a COVID-19 vaccine is developed, manufactured and widely distributed, our future remains subject to the whims of this virus,” Comrade Kelly said.

Study that for a moment.

“Until a vaccine is developed, manufactured and widely distributed, our future remains subject to the whims,” whims of a tyrant maybe.

One: She is totally ignorant of the very real fact there may never be a vaccine developed for this virus. If she had the intelligence to look to the CDC to check all the viruses and diseases where no vaccine has been developed, she could never make a statement like that.

I dare you, Comrade Kelly, to explain why there is no vaccine for HIV/AIDS? How about dengue fever, hookworm infection and Malaria just to mention a few?

Two: She thinks she can keep us locked down until she’s voted out of office. Fat chance, Comrade.

Another ongoing problem is the major left-wing media propagating this misery and tyranny. Even in the Associated Press story about the Topeka protestors, Topeka-based AP writers John Hanna and Margaret Stafford reported this in their “news” story.

“Kansas has struggled to get enough supplies from the federal government…”

That’s their biased opinion and supported by nothing.

President Trump gave a press briefing after meeting with Comrade Kelly Wednesday with charts behind him showing the feds have sent millions if not hundreds of thousands of gowns, PPEs and masks to Kansas.

But, that’s a typical statement from Hanna. I’ve witnessed his leftist opinions injected into “news” stories for 20 years here in Kansas.

He and Stafford added this in their story about protestors:

“One vehicle displayed a Confederate flag; (and) a protest sign promoted a far-right conspiracy theory.”

Another predictable attempt by the Democrats’ propaganda machine to insinuate “all” freedom-loving Americans look like racists, Nazis and neanderthals. So sad Hanna, so sad.

You “moderate” Democrats and Independents need to remember that when the November elections come around: Freedom or tyranny?