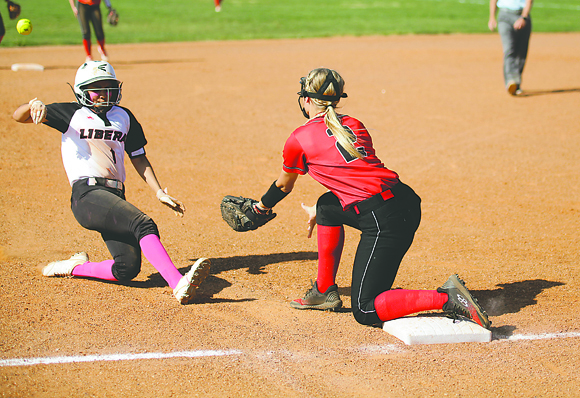 Liberal dropped four straight WAC games by one run prior to Tuesday’s win.

Lizzy Cisneros, Jenna Ormiston and Maedeen McClure each had an RBI in the win.

Ormiston only allowed one run on three hits without walking a batter and striking out five. Liberal scored a run in the third to take a 1-0 lead, and each team scored in the fourth for a 2-1 Lady Redskins lead.

“We started talking to them and prepping them for the heat in advance,” Liberal coach Tommy McClure said. “Defensively the girls were poised and focus and only allowed one error. Jenna pitched a great game only giving up three hits and really shutting down their big hitters.”