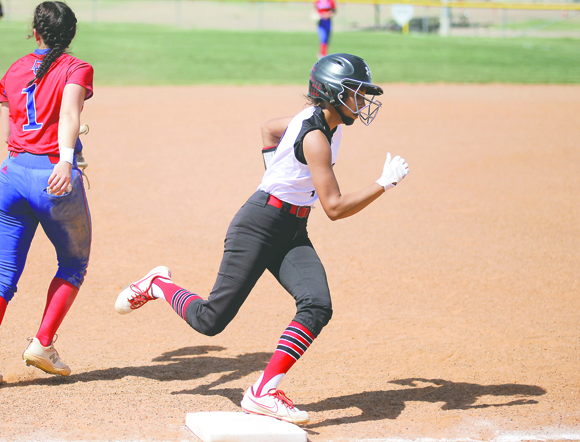 After dropping Game 1 to Dodge City 10-6, the Lady Redskins responded with a 7-5 win in Game 2 to take two of the three games against Dodge City this season and end with a 10-10 regular season record.

“Dodge made some adjustments and we made mistakes in Game 1,” Liberal coachTommy McClure said. “Jenna (Ormiston) again pitched well striking out 11 batters. In Game 2 we loosened up and played a bit more relaxed.

We did make it close at the end, but again with a young team, they are learning and now are starting to learn to hold leads. We will probably see a tough team right out of the gate in regionals. We have to prep, play some clean ball, and make some noise in regionals.”

Liberal finished as the eighth seed in the Class 6A West standings which will likely set up a game with Lawrence Free State (10-10).