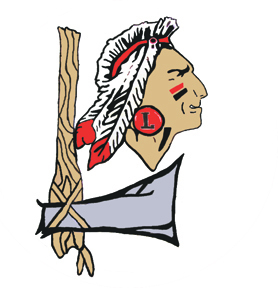 The Liberal Redskin baseball team finished the regular season in a nail-biter before losing in in eight innings 4-3 to Dodge City.

The Redskins took a 1-0 lead in the third inning, but the Red Demons tied the game in the bottom half of the frame.

Liberal scored in the fifth and the top of the sixth to push out to a 3-1 lead, but Dodge City answered with a run in the sixth and tied the game in the bottom of the seventh.

Liberal didn’t score in the top of the eighth, and the Red demons pushed a run across the plate for the win.

Brooks Kappelmann pitched the first five innings and only allowed one run on six hits and a walk while striking out six.

Shay Kerr pitched in relief and took the loss after allowing four runs, three of the earned, on four hits and a walk while striking out two.

Kappelmann also had a two of Liberal’s five hits. Hunter Huskey, Kerr, and Izzy Garcia-Rotolo each had a hit.

Liberal finished the season at 9-11 and the 11th seed in the Class 6A West standings. Liberal will likely face  sixth-seeded Topeka/Cair Paravel (12-8) in the first round of the playoffs which begin next week.