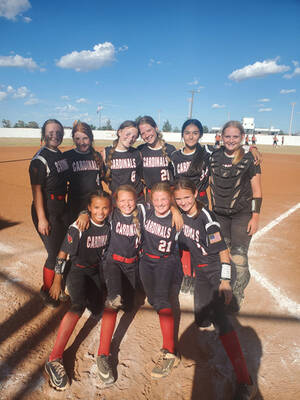 The Turpin Cardinals softball team stops for a photo after their last game. The team achieved its first playoff win since 2009. Courtesy photoSpecial to the Leader & Times

Turpin traveled to Okeene for softball districts on Thursday, looking to end a 13-year playoff winless streak. The challenge was to face off against a Hydro-Eakly team full of girls more known for their basketball prowess, and the home team Okeene Lady Whippets, who earned the right to host district playoffs by ending the season with a winning percentage just a few percentage points higher than the Lady Cardinals.

Turpin matched up with a Hydro-Eakly team twice on the day. Hydro-Eakly entered seeded third, but with a schedule loaded with games against ranked opponents and much larger schools in the higher classes. The experience paid off for the Lady Bobcats, as they were able to dispatch the Lady Cardinals twice with scores of 12-2 and 12-3. The second loss ended the district playoffs and season for Turpin.

But the middle game of the tournament provided a highlight that left the Lady Cardinal team and fans elated.

Pitcher Shelbi Moses threw a no-hitter to lead Turpin Lady Cardinals past the Okeene Lady Whippets 12-0 for the team’s first softball playoff win since 2009, and the first for head coach Bradley Kinser. 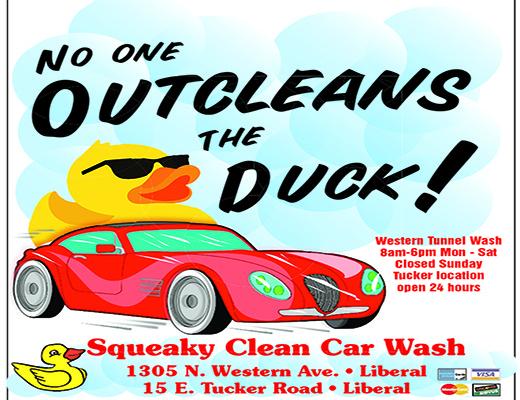 The Lady Cardinals secured the victory thanks to eight runs in the third inning. Reagan Romero, Tatum Boyd, Marleny Hernandez, Abby Buller, Kymper Post, and  Brianna Behrendt each drove in runs during the inning.

The Lady Cardinals’ offensive efforts in the inning were led by doubles by Romero, Hernandez, and Buller, walks by Post and Behrendt, and a single by Boyd.

Biggs took the loss for Okeene. The Lady Whippet lasted three innings, allowing nine hits and 12 runs while striking out one.

Moses had an excellent all around game for the Cardinals in the win.