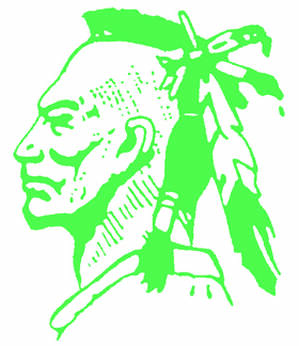 The B team was short players due to injury and illness but played two hard quarters but fell short losing 5-4.

The A team came out ready to play, dominating the Lady Cardinals from the start.

Leading in scoring was Madysen Hammond with a season high of 22 points. Trinity Olvera scored 12 points, Rebecca Davis had eight, and Angel Luna and Shiaa Dunlap each scored two.

The Lady Warriors seventh grade A team took on the Dodge City Lady Cardinals Tuesday night at the Warrior gym. It was the Lady Warriors first game since heading into thanksgiving break.

The Eisenhower Lady Warriors came off the Thanksgiving break picking up where they left off. Hosting the Dodge City Cardinals, the Warriors as usual jumped out to an early 13-1 lead after the first quarter.  The Lady Warriors continued to put the pressure on until halftime leading 21-2.

Yuridia Gonzalez and Savannah Olvera led the third quarter charge as the Warriors built a 32-4 lead going into the final quarter.

Other than a couple of threes by Dodge City A players, the Lady Warriors held on for a 34-12 victory.

Leading the attack was Yuridia Gonzalez with 16 points, Valeria Gandera and Savannah Olvera each had five while Ashley Batista and Jesslyn Heredia contributed four points each.

Batista led the team with six steals while Heredia had six rebounds. 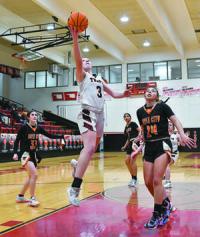