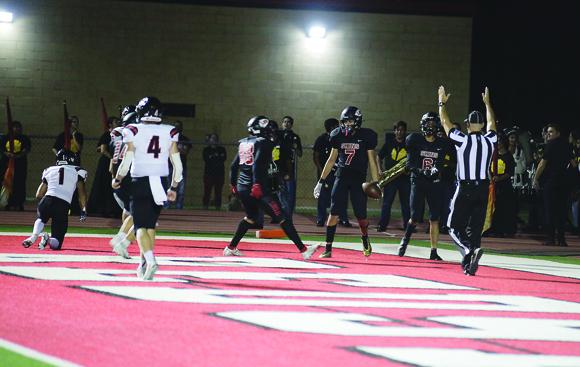 Liberal’s offense struggled against Great Bend Friday, but when the Redskins needed a drive for a win, Brooks Kappelmann came up with a clutch fourth-down scramble, and Zayden Martinez made the two biggest catches of his career for a touchdown and a two-point conversion that let to a dramatic come-from-behind win over the Panthers 22-21.

For most of the first half, the score was stuck at 8-7 after the Panther scored early and Hunter Huskey responded on the first play for the Redskin on the next possession with an 85-yard run for a touchdown, and the two-point conversion gave the Redskins an 8-7 lead.

Great Bend took a lead late in the third quarter with a 64-yard touchdown drive, but Izzy Garcia-Rotolo took the ensuing kick-off down the left sideline, and after avoiding several tackle attempts broke free for a touchdown for a 14-14 tie.

But the Panthers responded on their first drive of the fourth quarter with a seven-play drive that included a mix of runs and passes that led to a touchdown and a 21-14 lead. 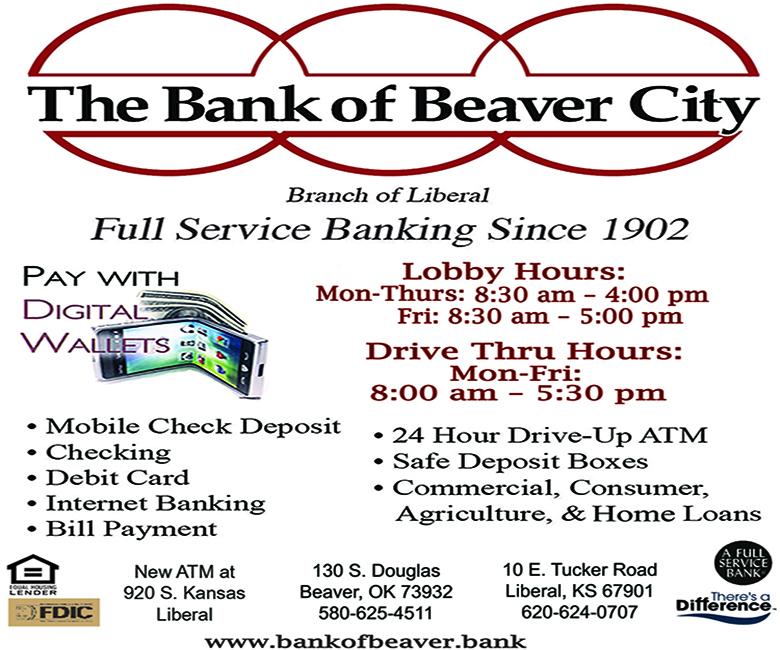 The Redskins tried to respond with a 10-play drive down to the Panther 40 yard line but could not convert a fourth-and-nine, and the Panthers took possession with 5:34 to play and a seven-point lead.

But the Angry Red defense stepped up on three straight running plays and forced a punt. The Redskins got a hand on the kick, but the ball was able to trickle down to the Liberal 26 yard line.

Garcia-rottolo started the drive with a 33-yard reception and a pair of runs by Easton Zapien pushed the ball close to the red zone.

Great Bend committed pass interference on the next play, but Liberal was also called for a personal foul which moved the ball to the 32 yard line.

After a one-yard Zapien run, Kappelmann attempted a pass to Martinez who was injured on the incompletion.

Kappelmann through another incompletion on third down, and the Redskins were down to fourth-and-nine with less than a minute to play.

Kappelmann took the snap and looked downfield but could not find an open receiver. He scrambled up field and plowed in to two Panther defenders for a 10-yard gain and a first down.

Three plays later Martinez returned to the field, and Kappelmann threw a fade to the back of the end zone where Martinez came down with the ball with 34 seconds to play.

Trailing 21-20 and not having a kicker, Liberal coach Jason Dunlap opted for the two-point conversion, and Kappelmann took the snap and found Martinez in the front of the end zone for the conversion.

The Angry Red defense forced a four-and-out in the final 30 seconds to secure the 22-21 win.

Liberal moved to 3-3 with the victory and will host Kapaun Mt. Carmel (5-1) at Redskin Field Friday on Senior Recognition Night. Kick-off is scheduled for 7 p.m.